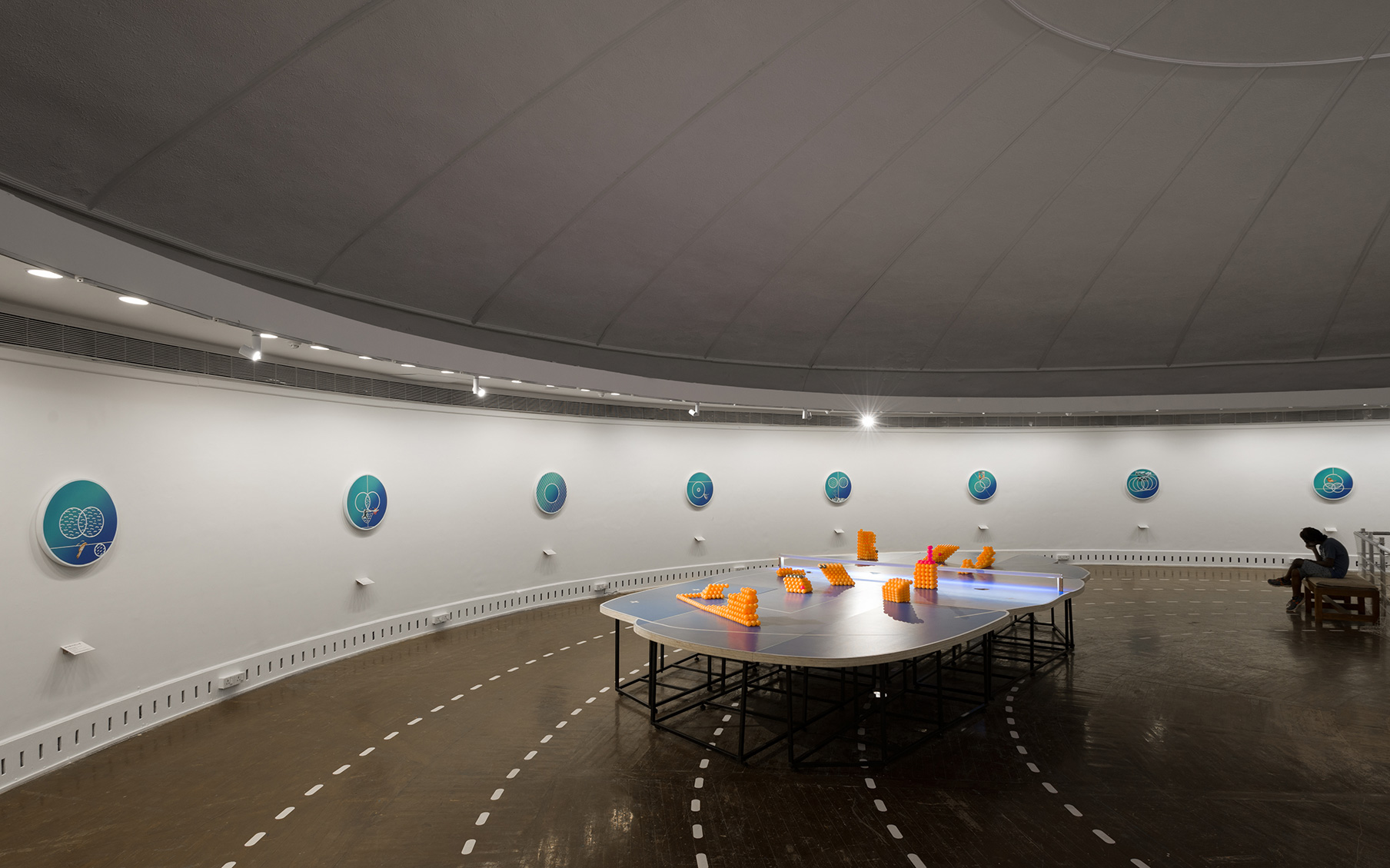 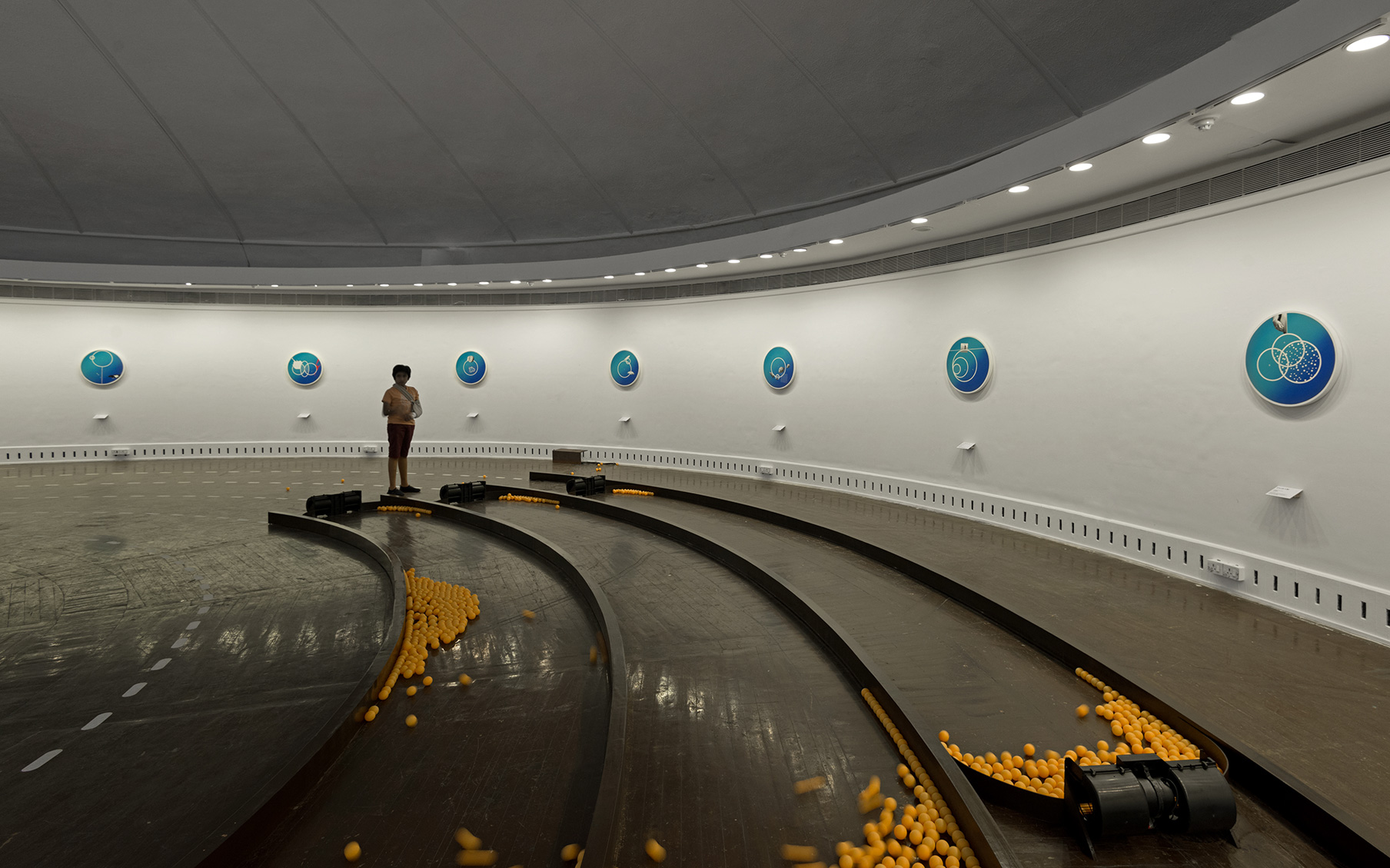 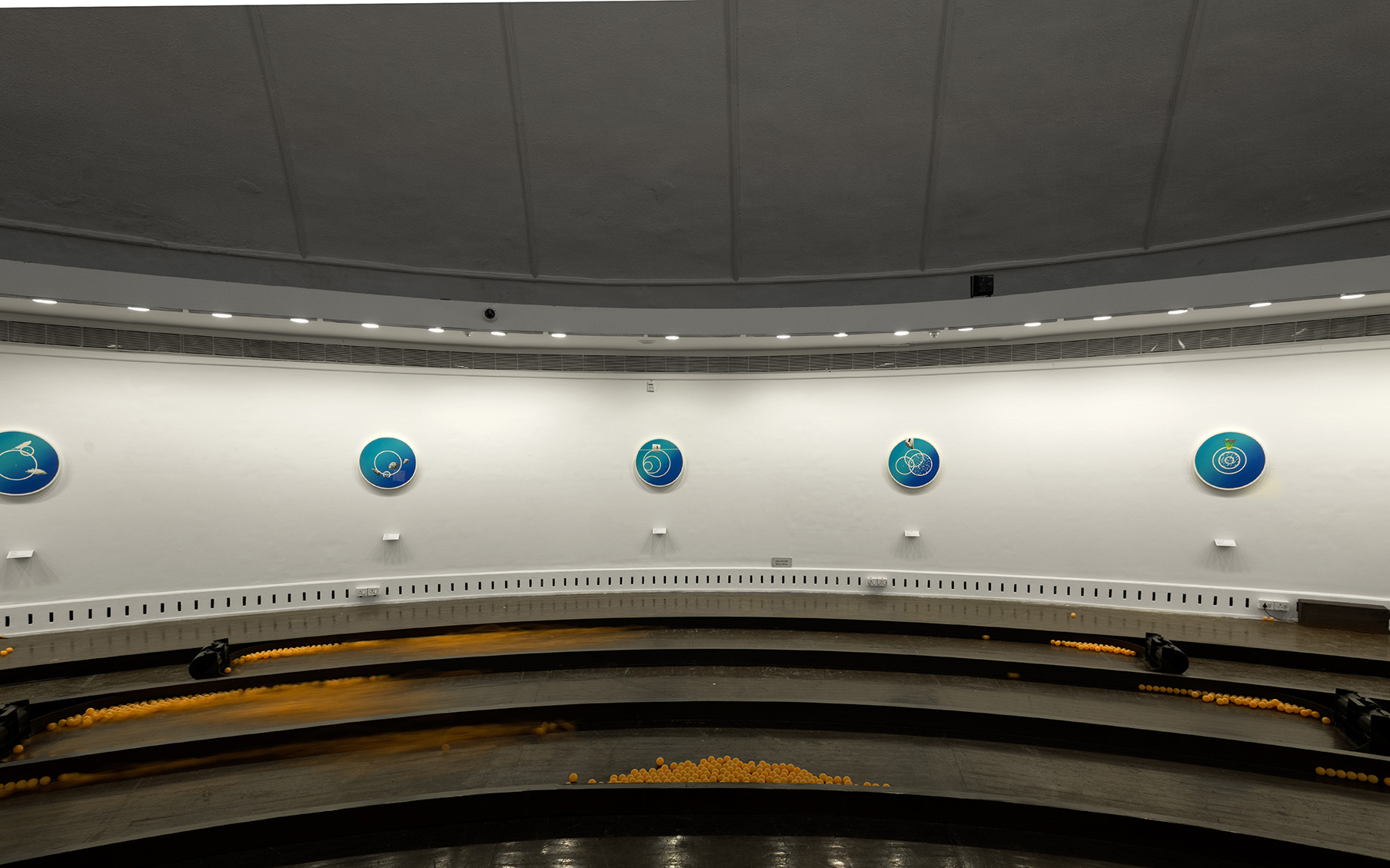 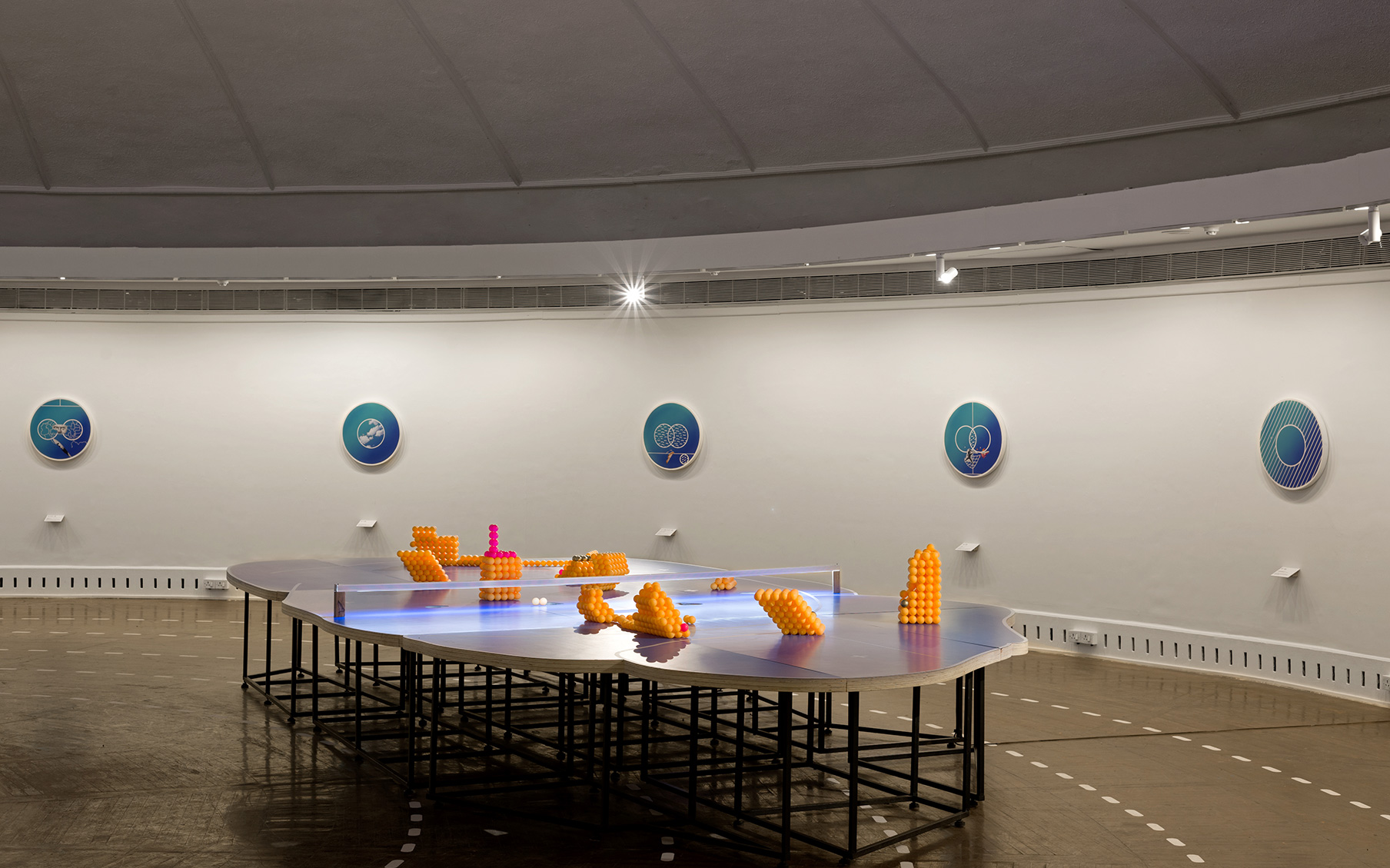 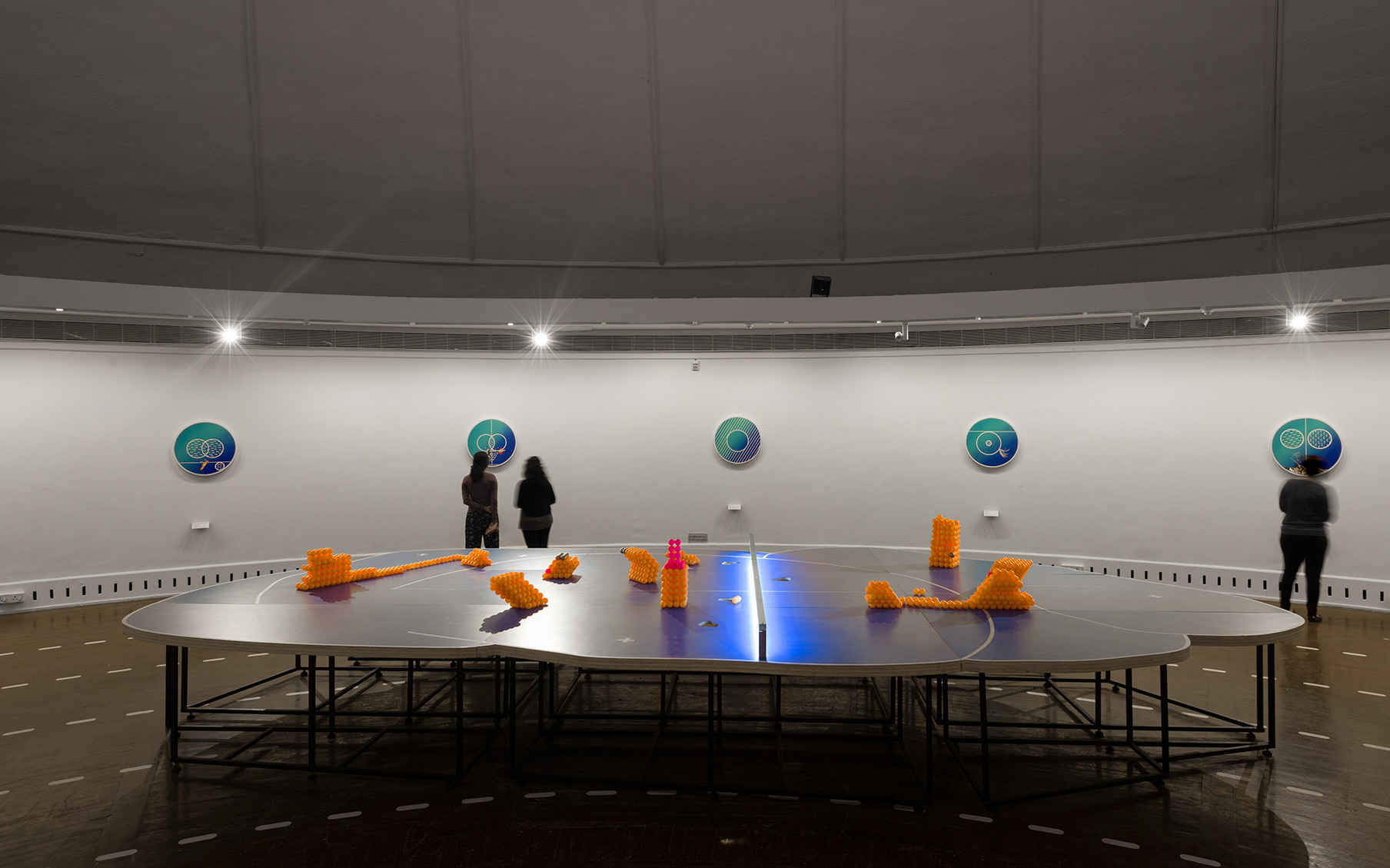 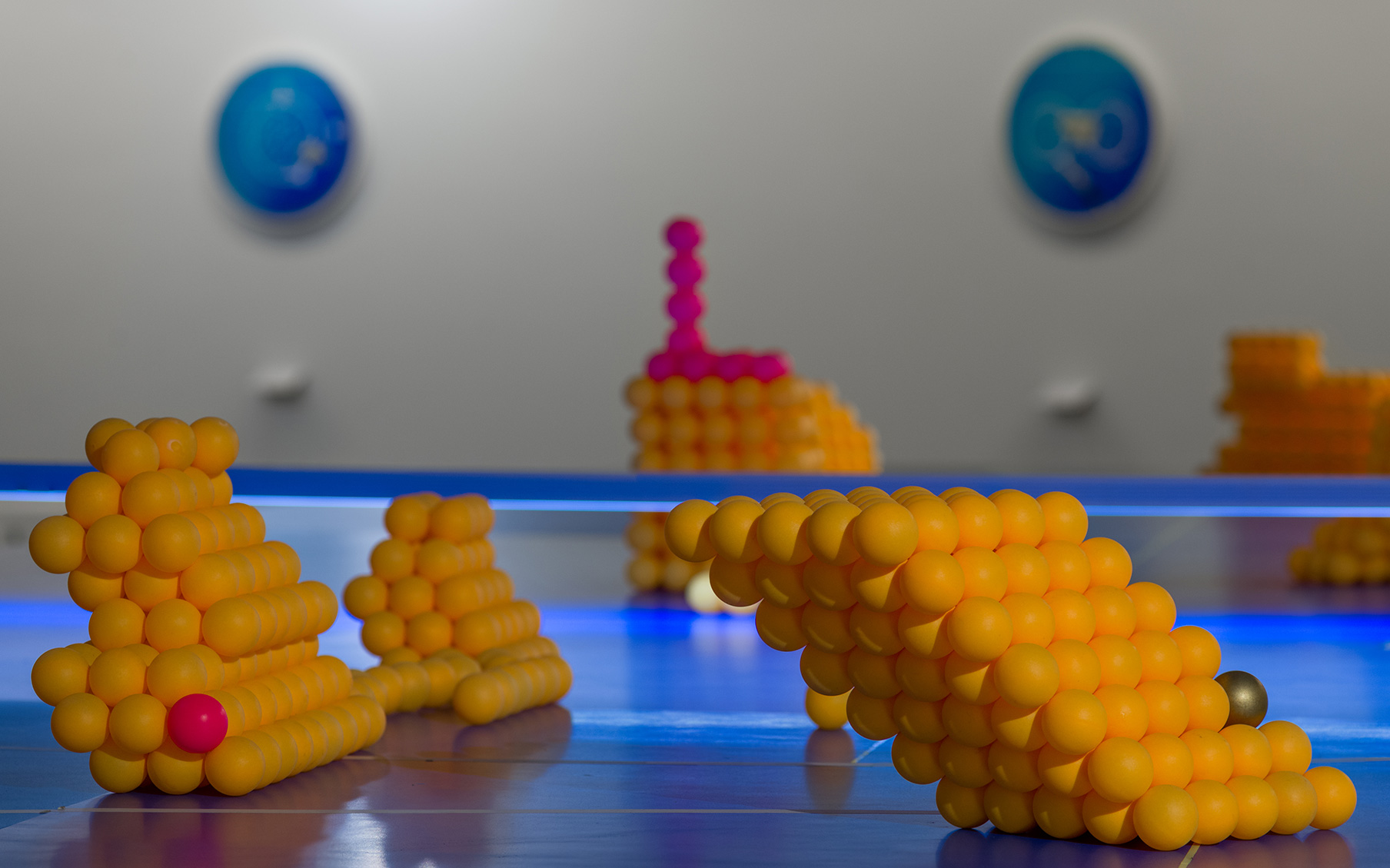 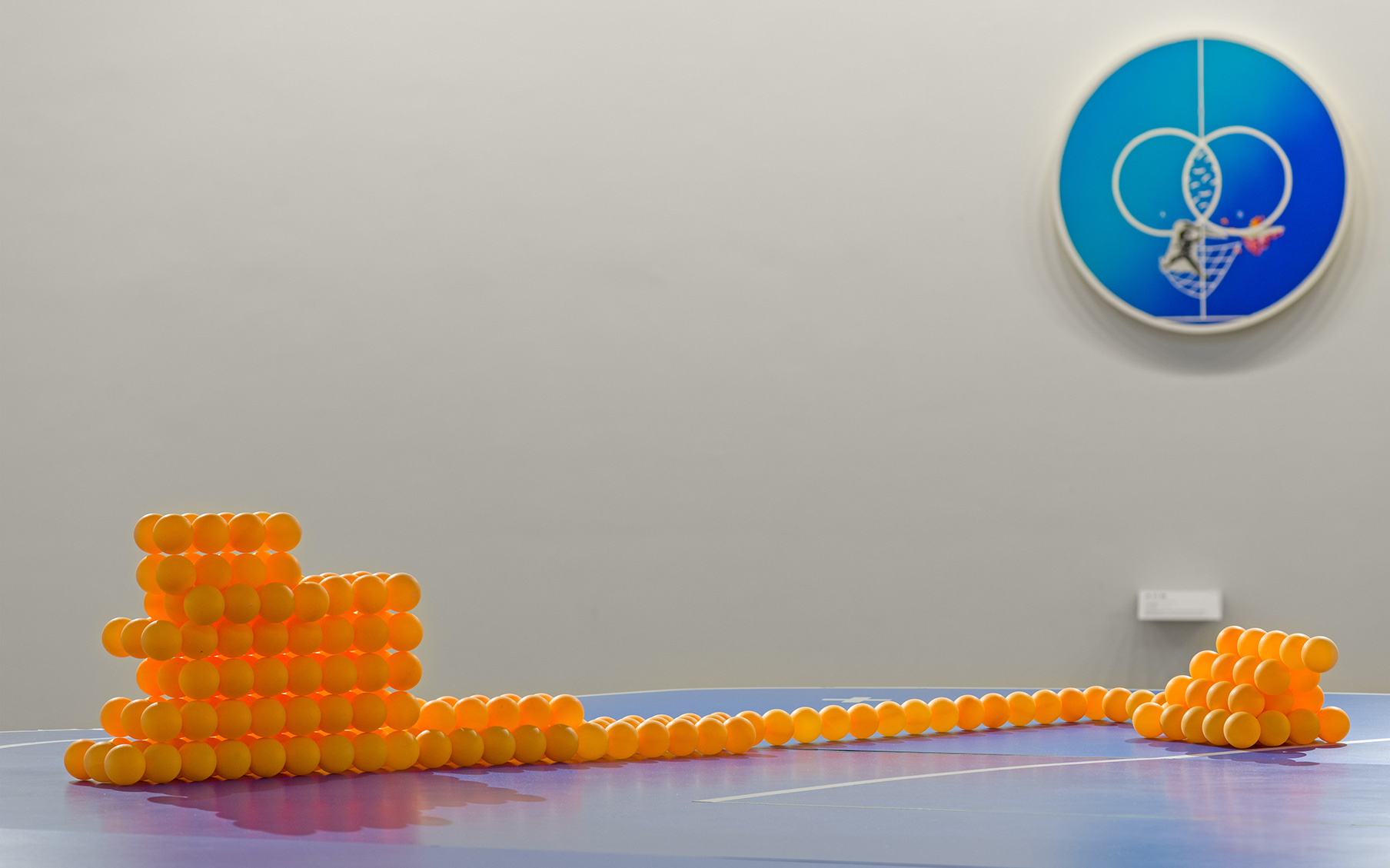 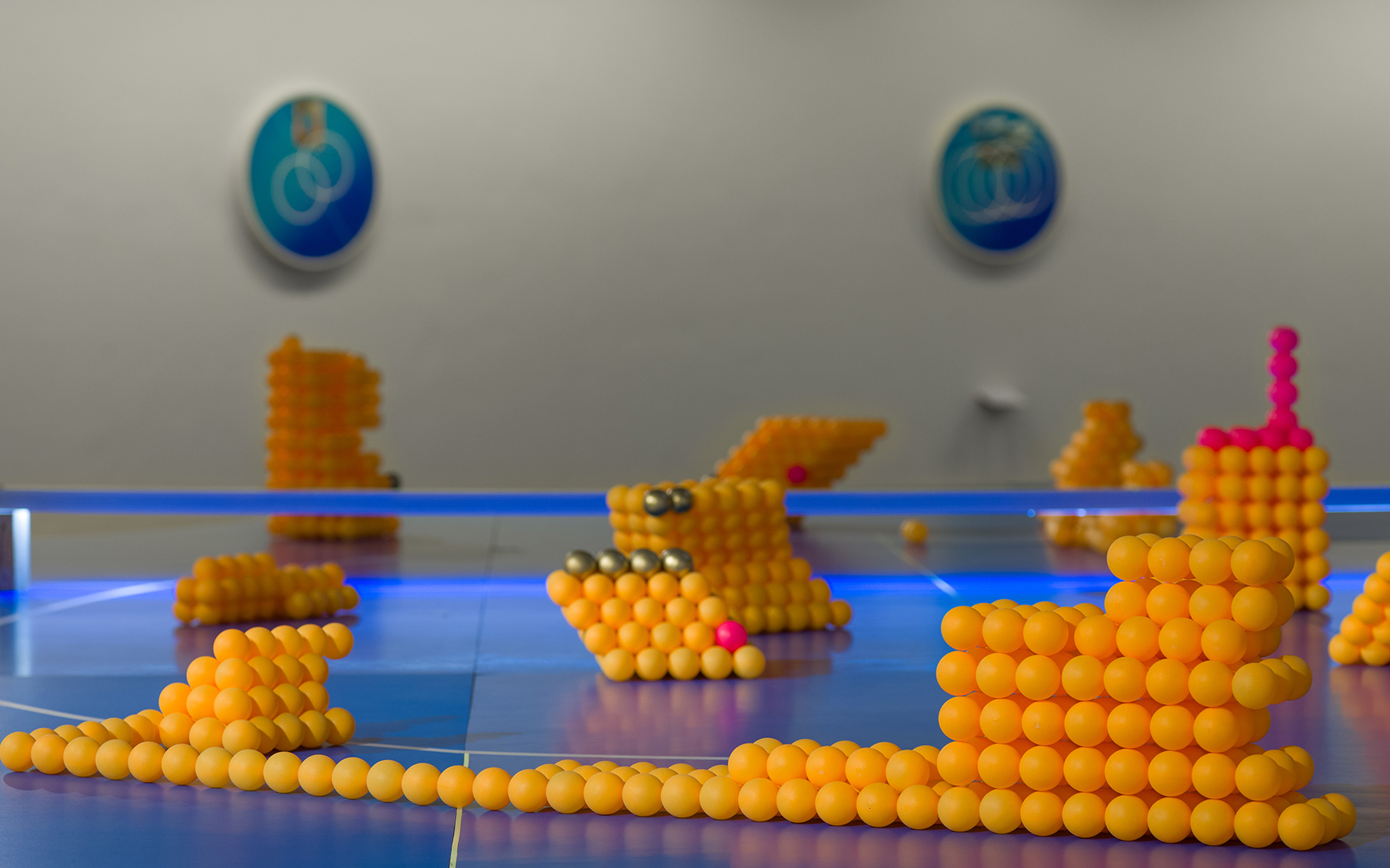 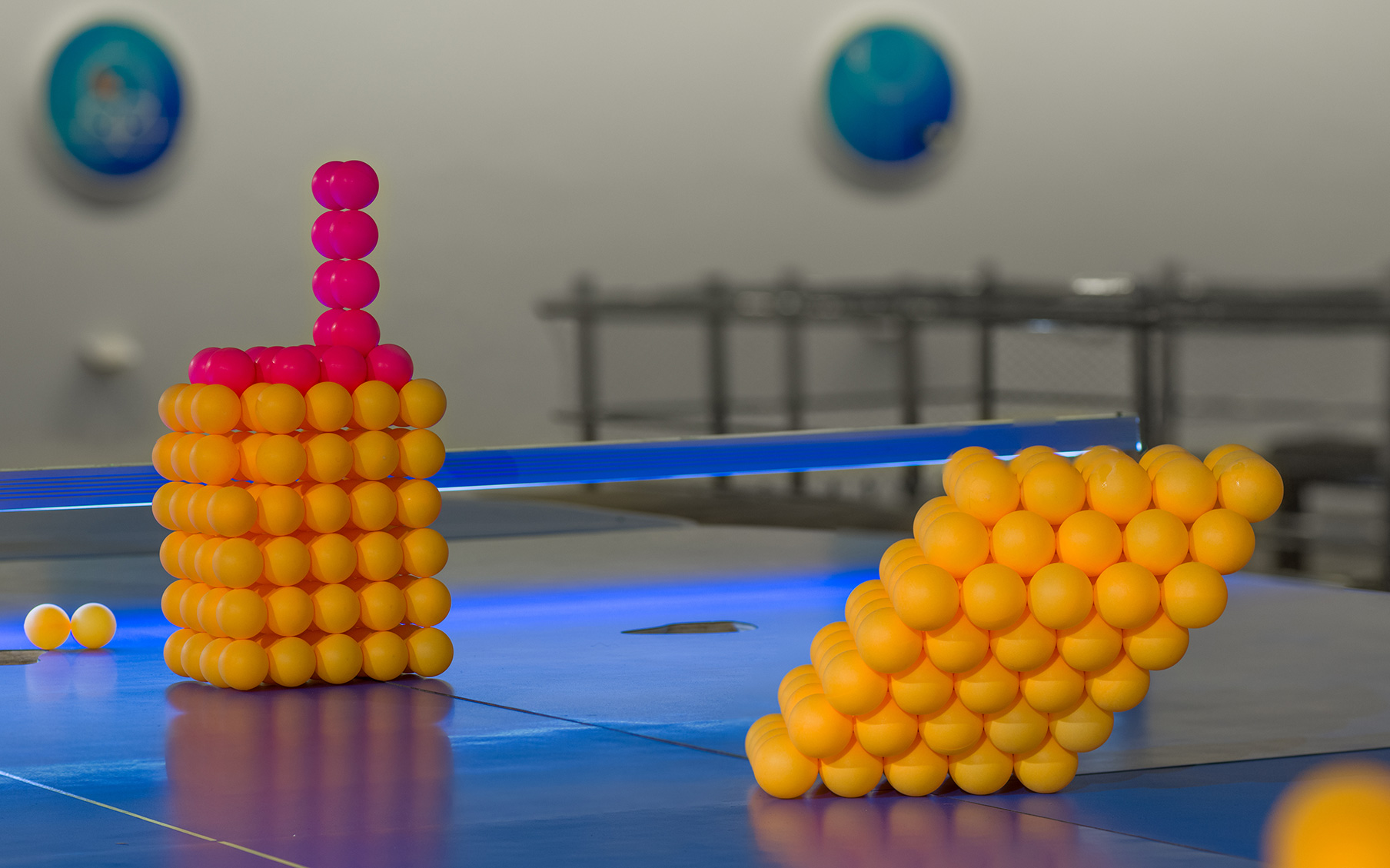 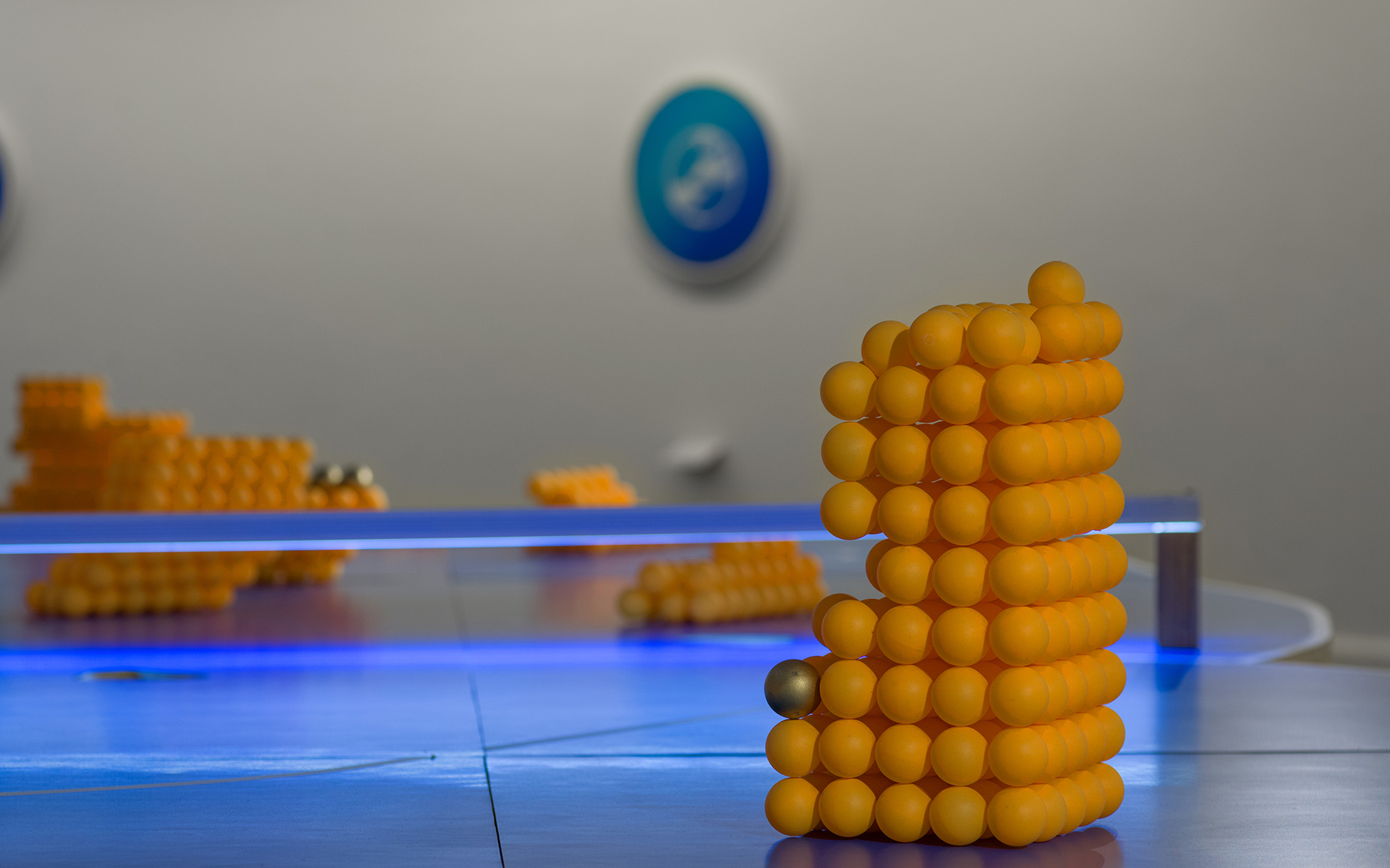 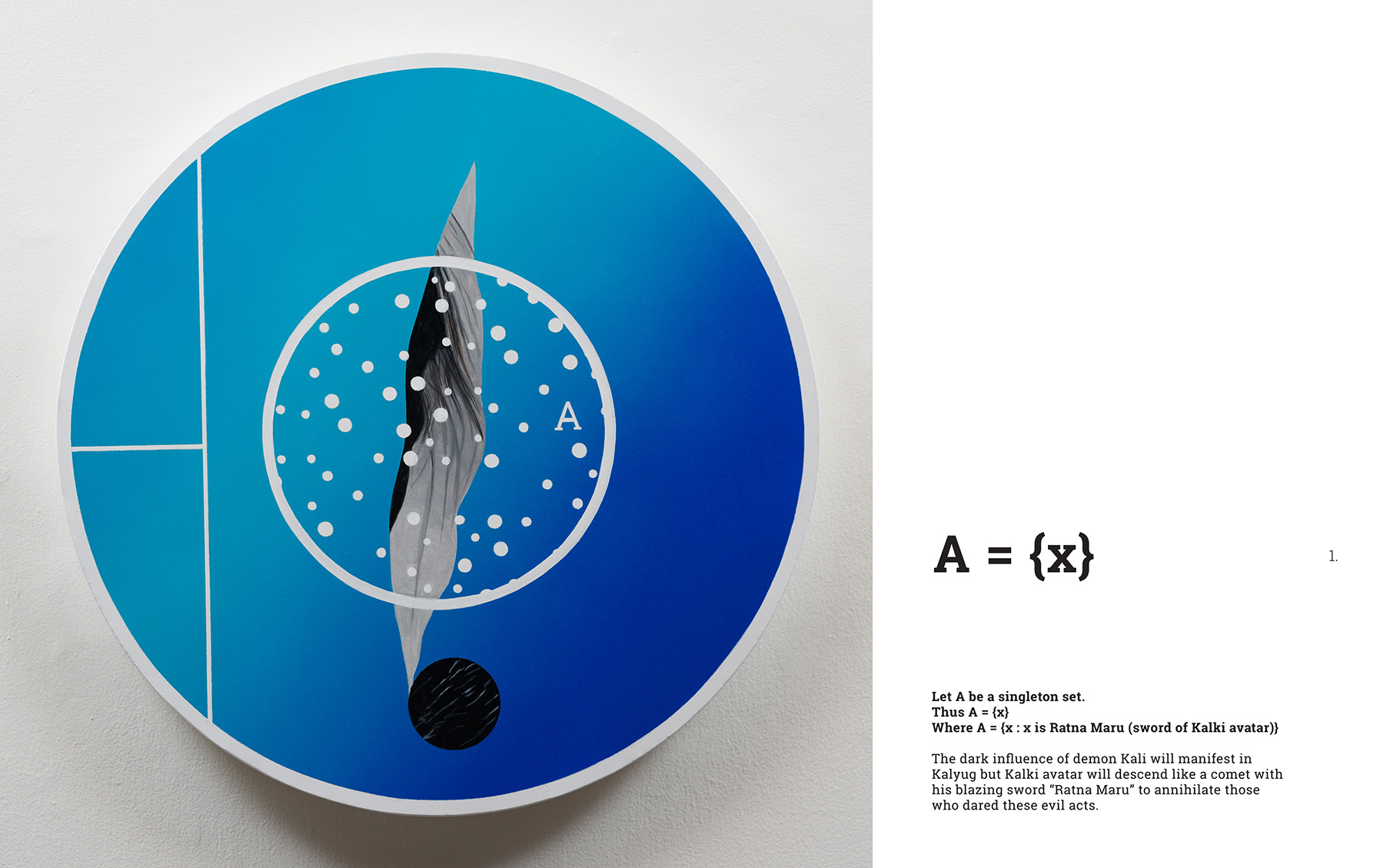 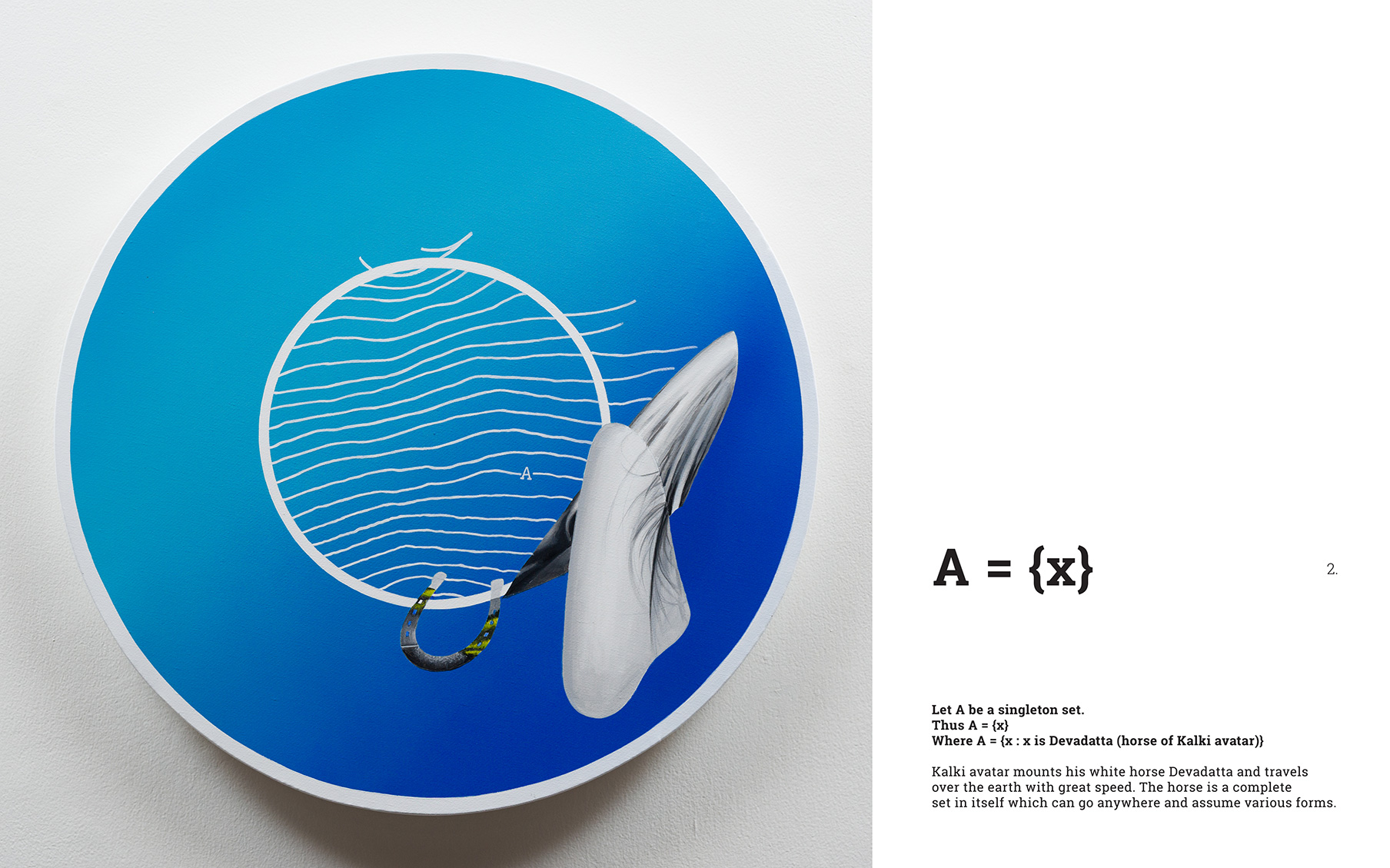 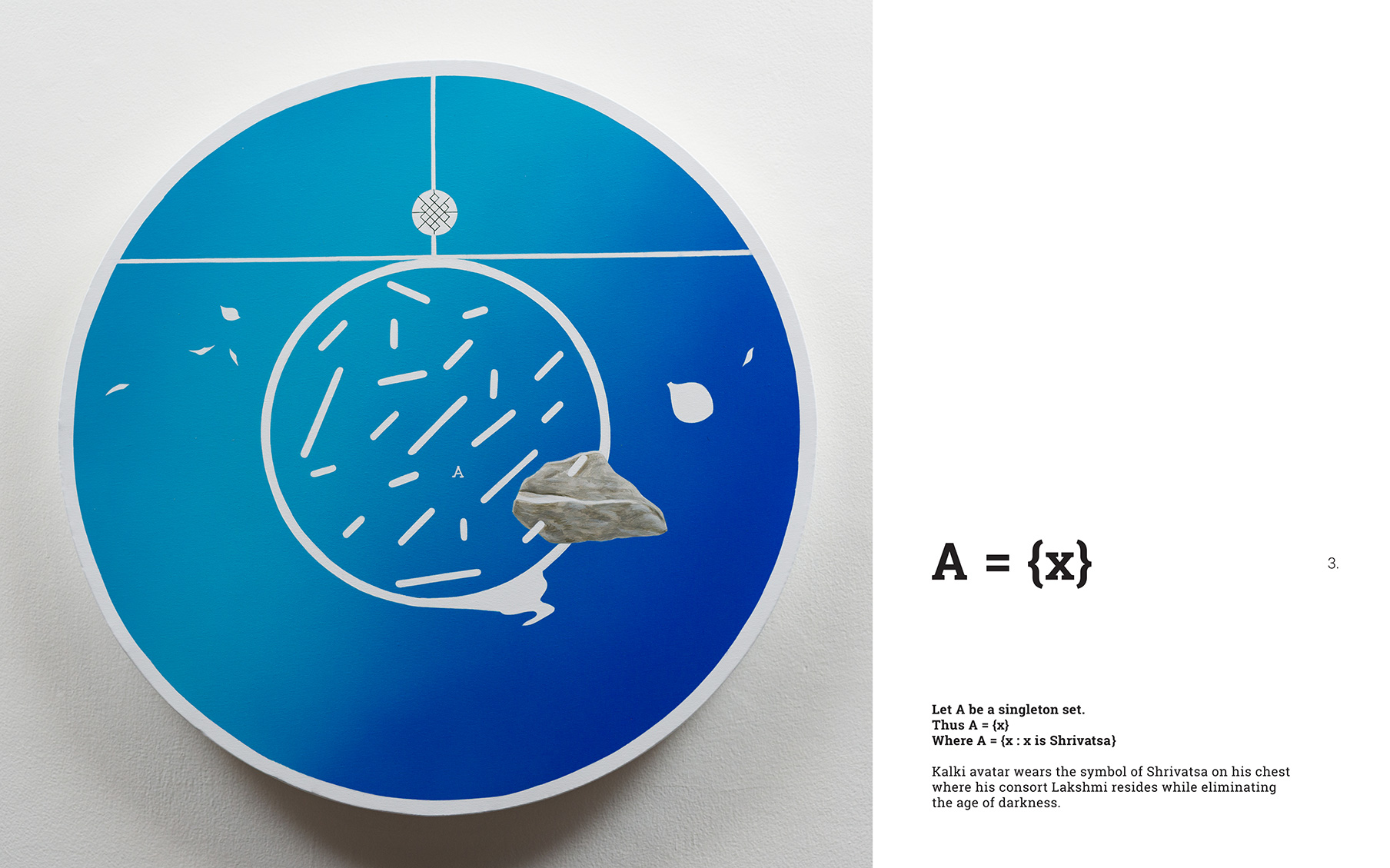 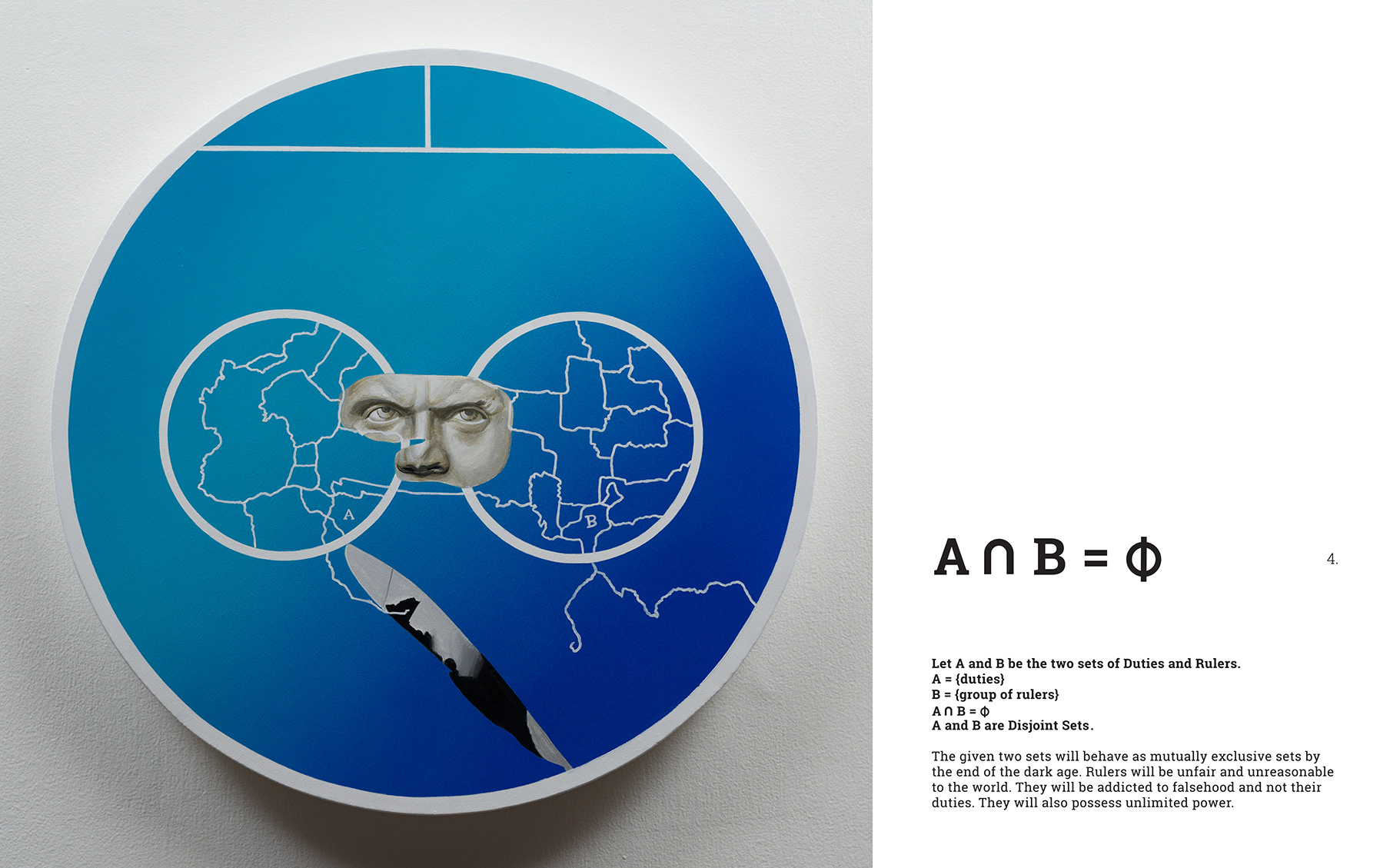 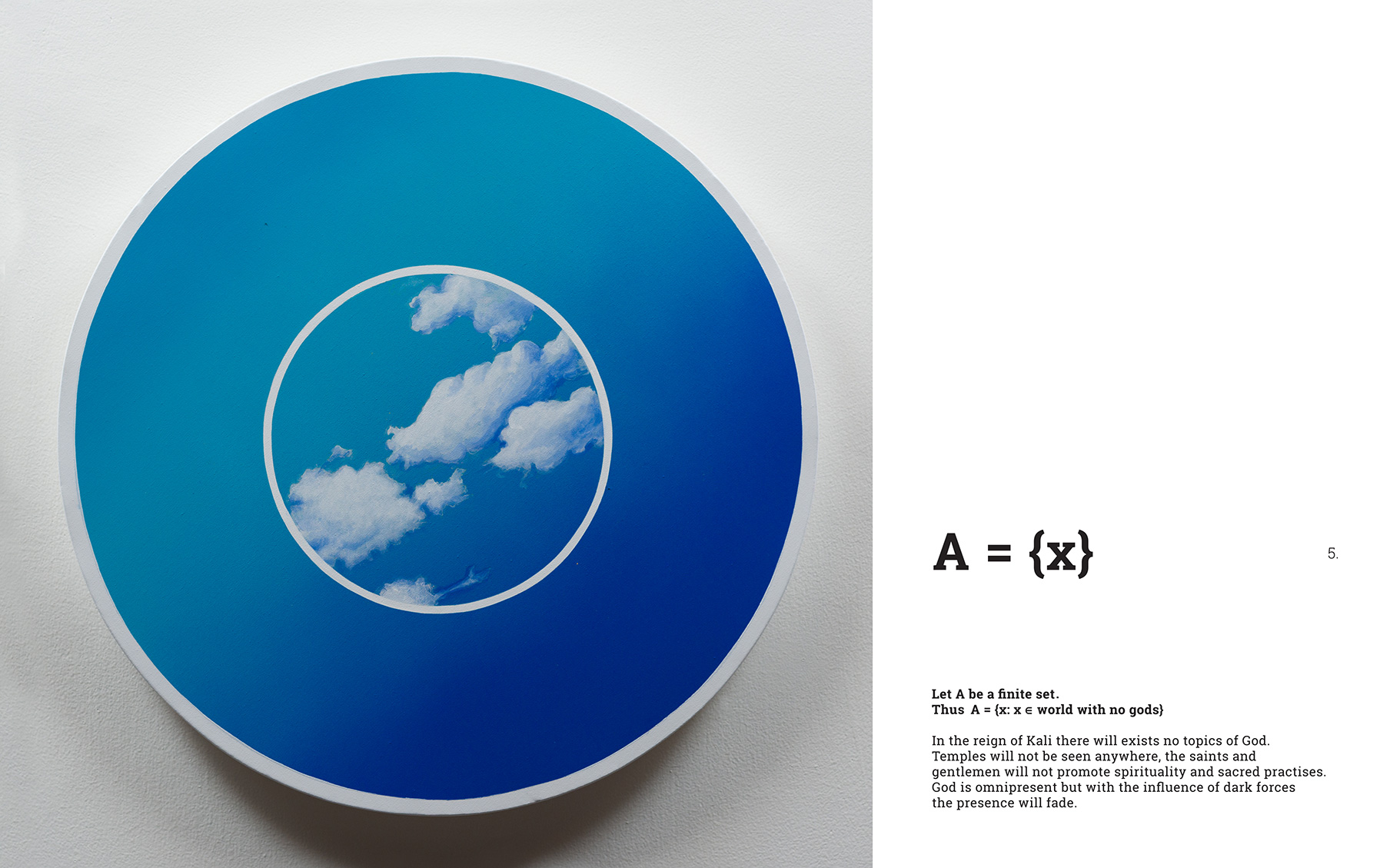 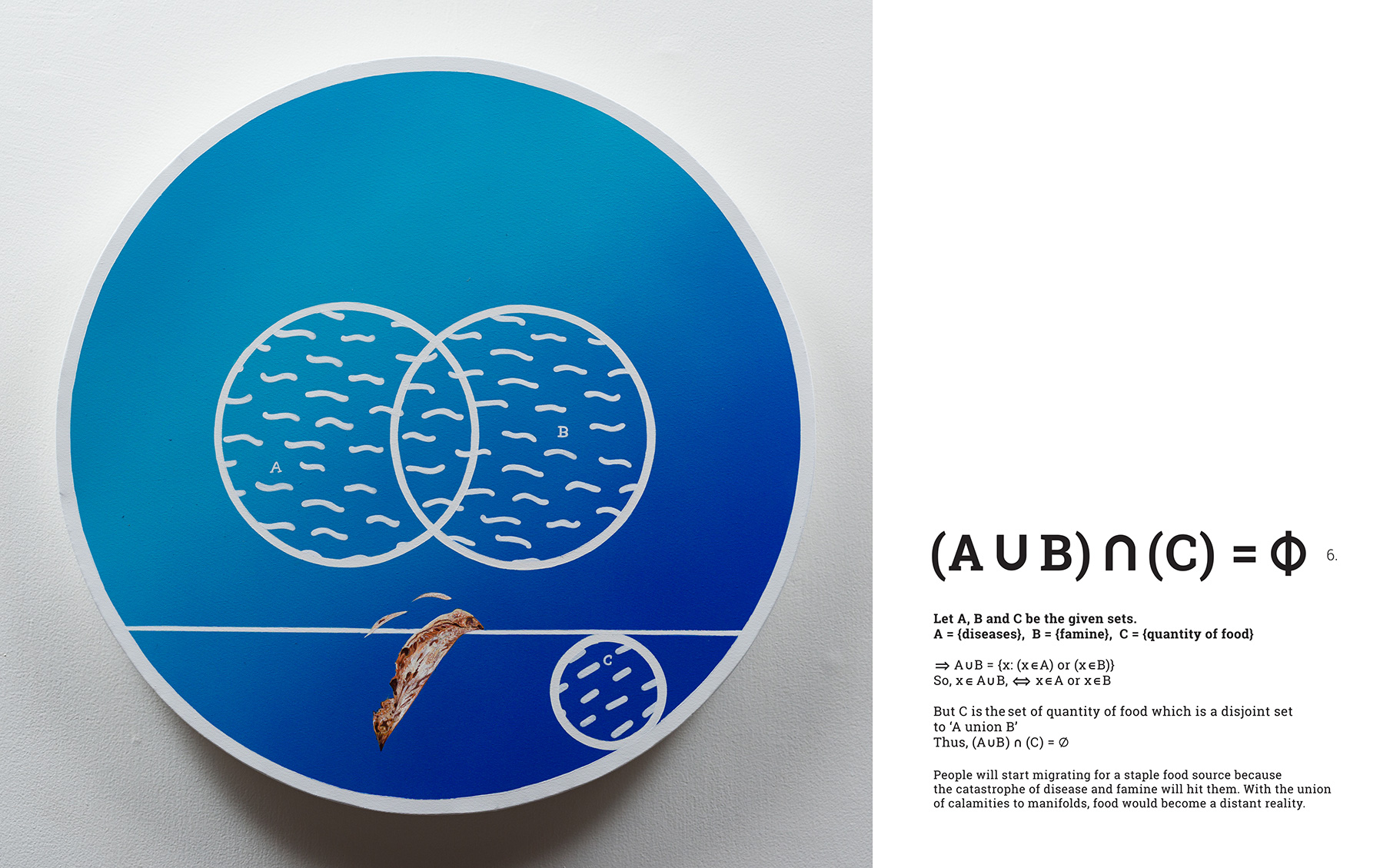 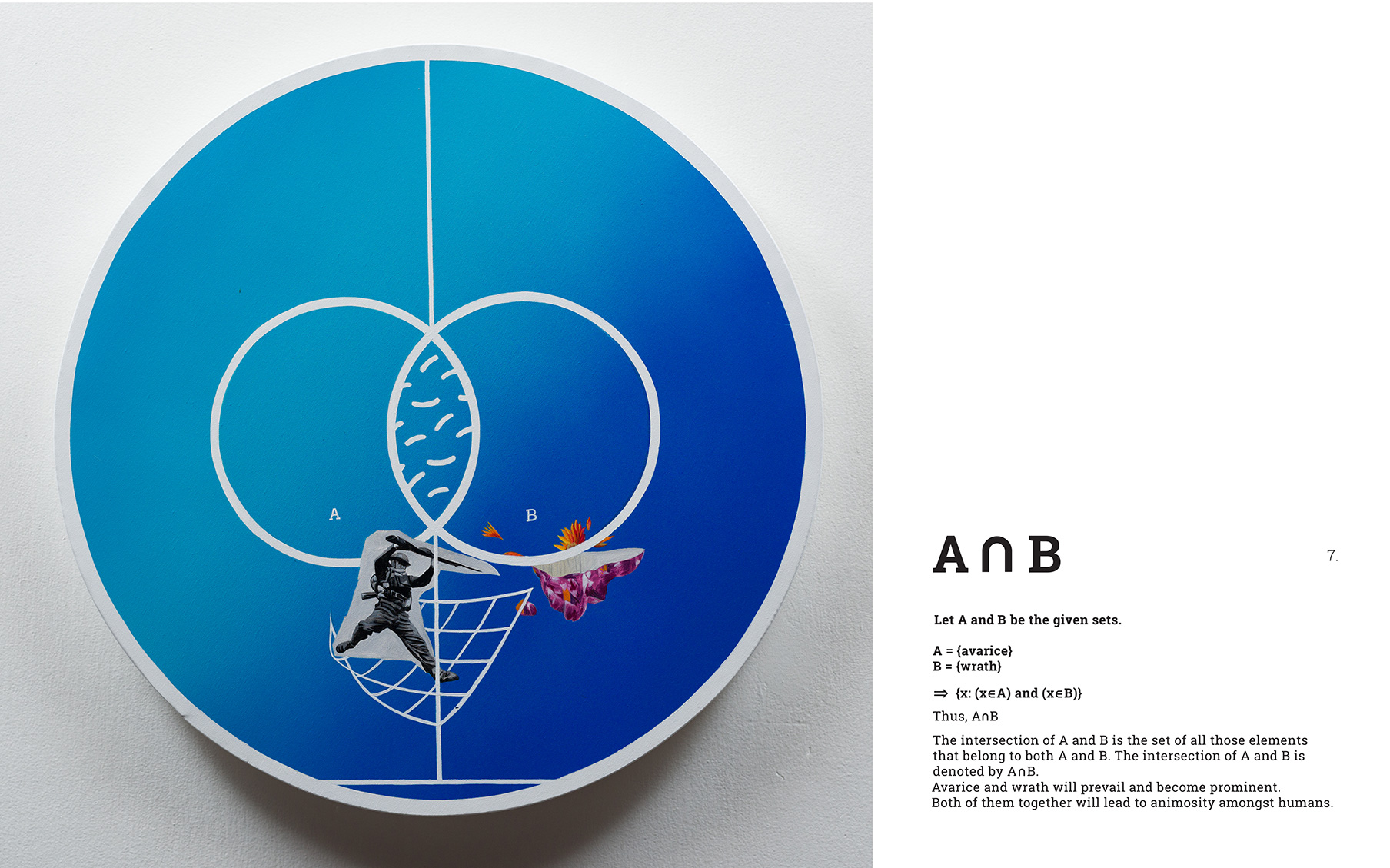 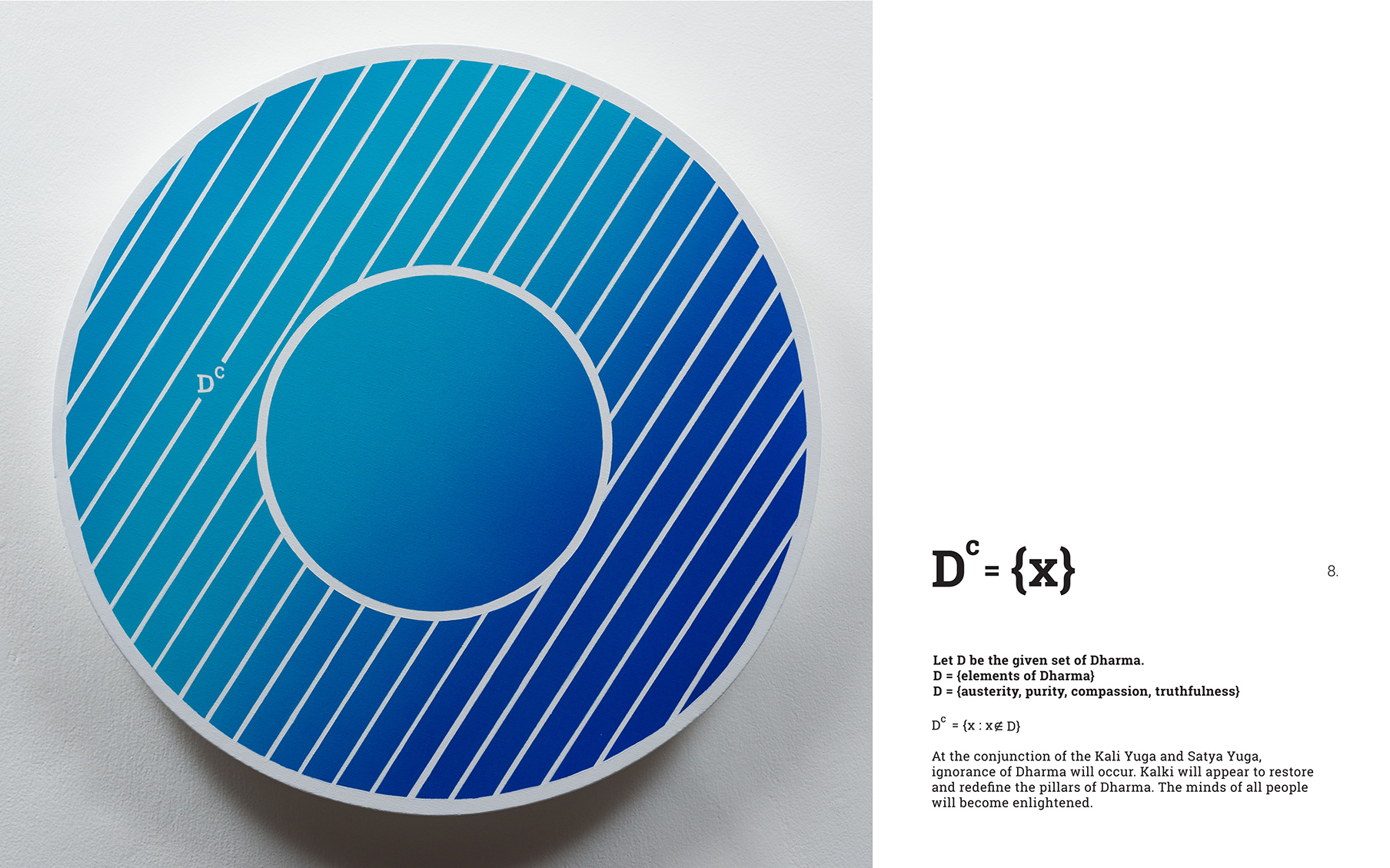 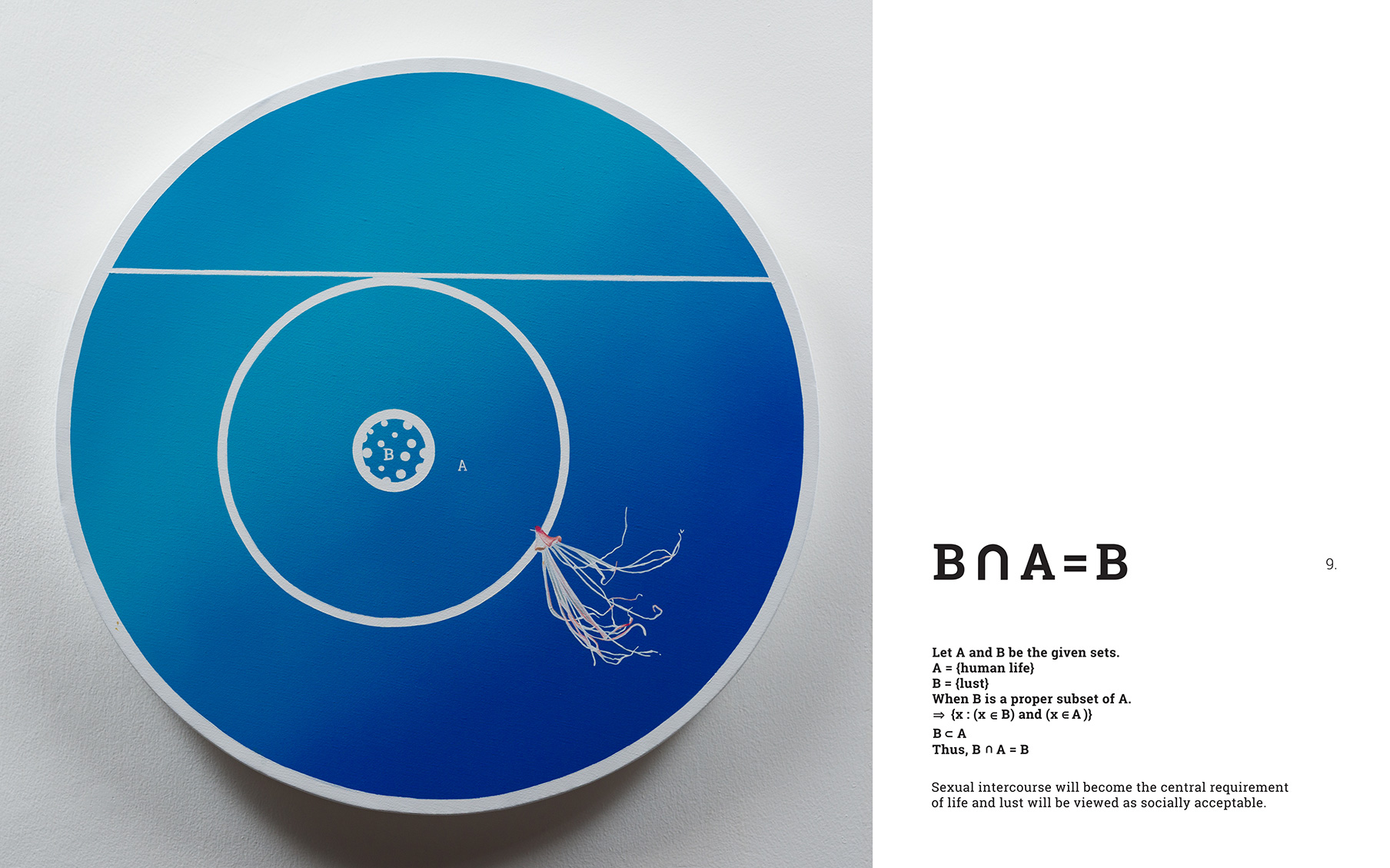 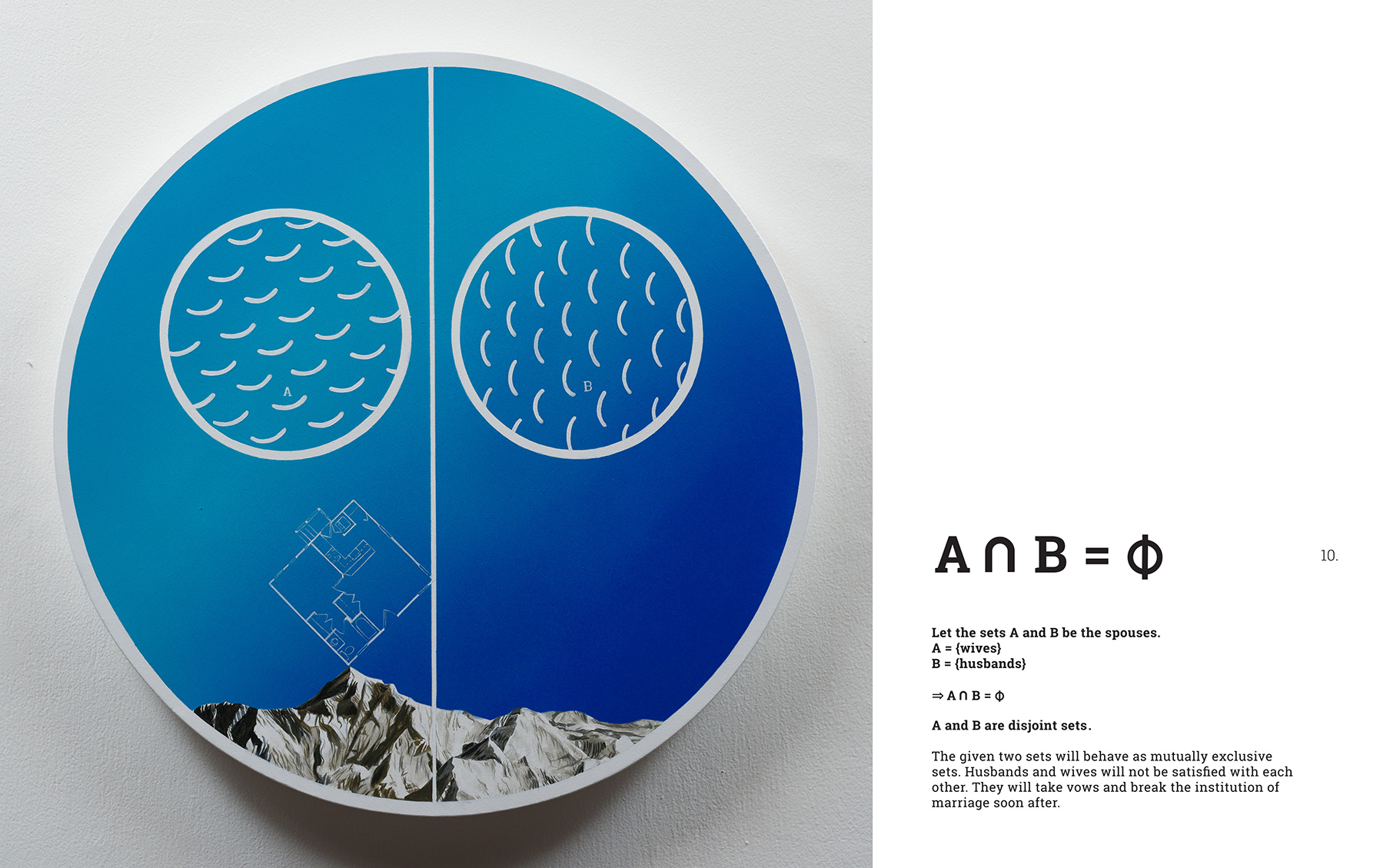 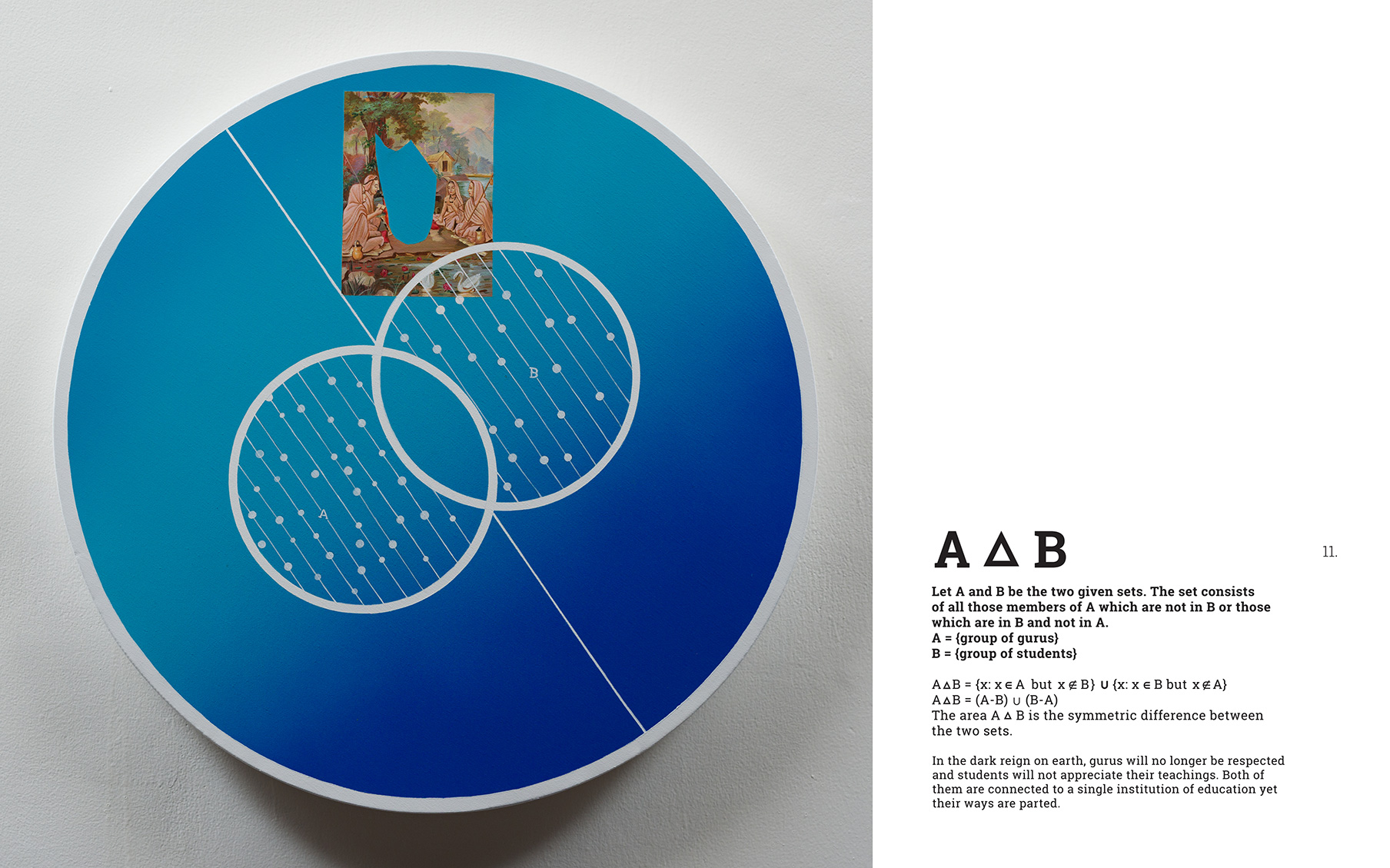 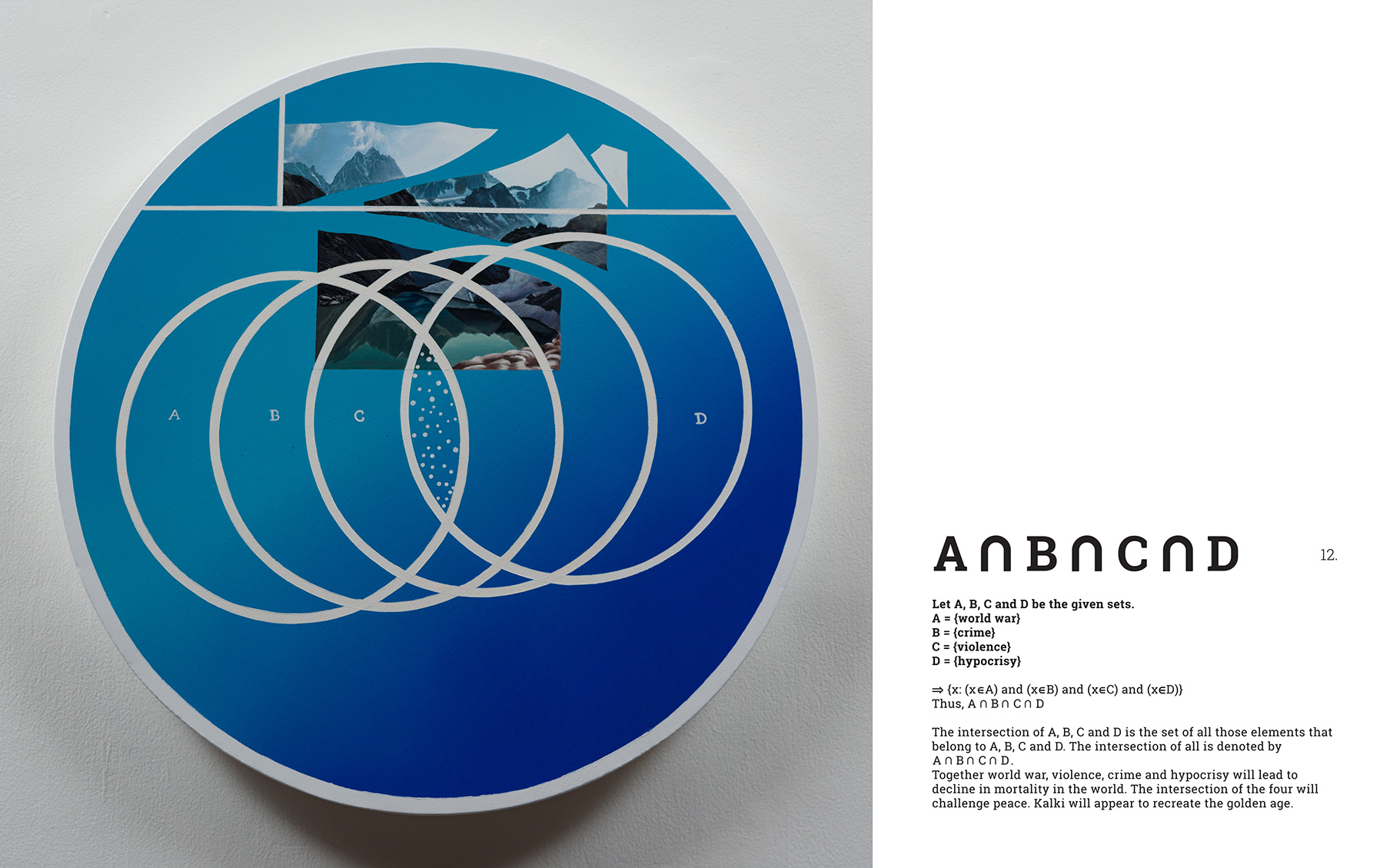 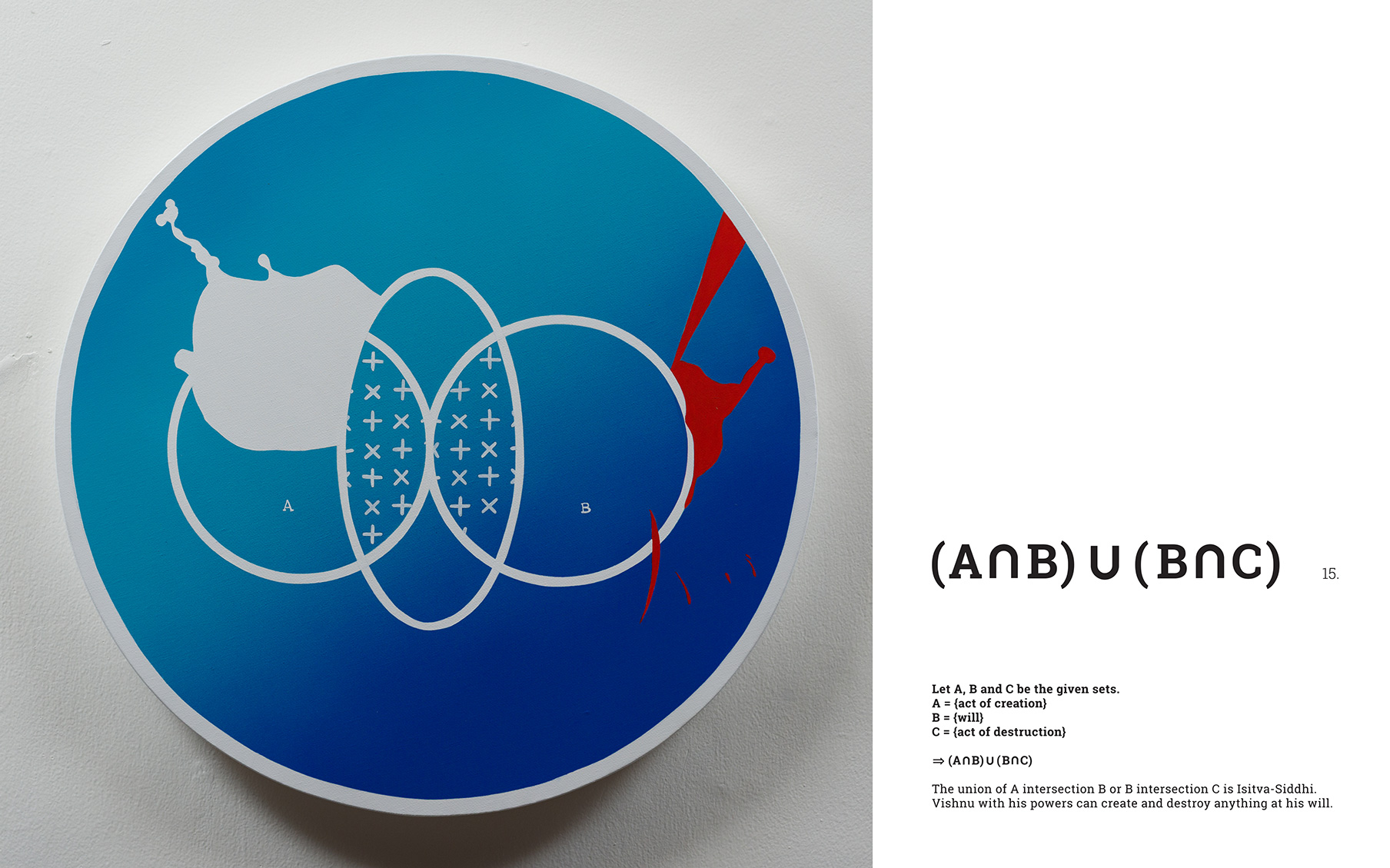 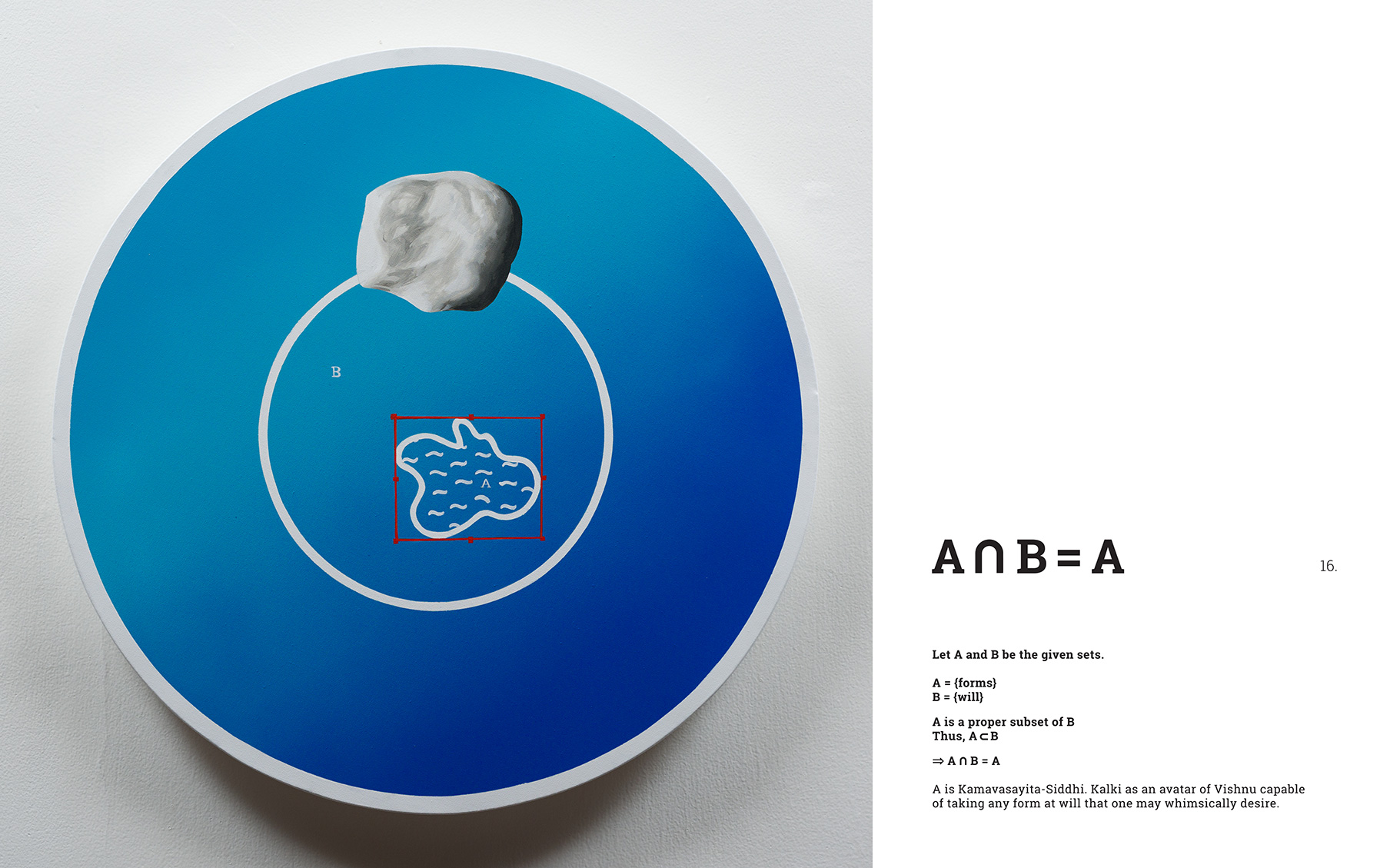 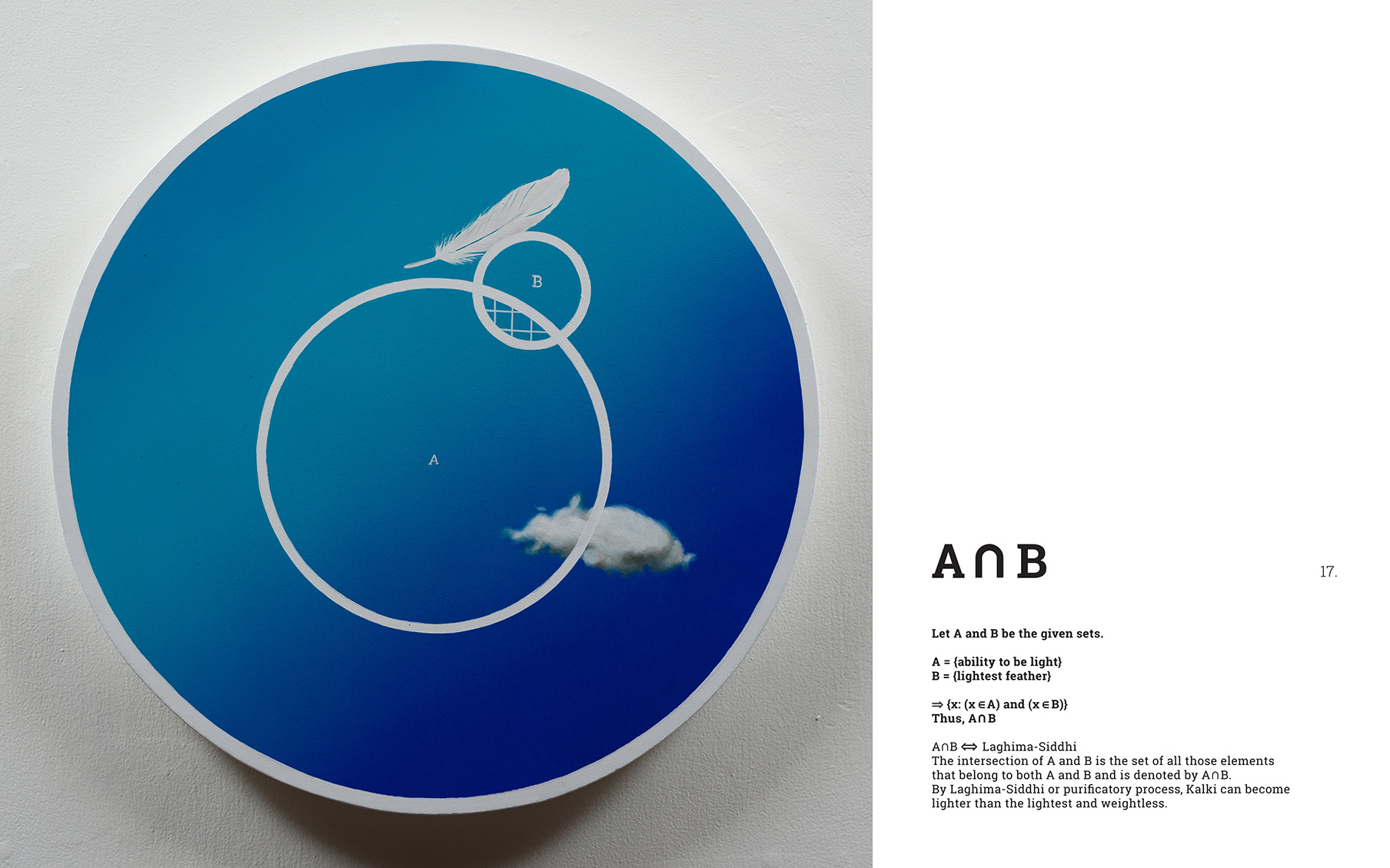 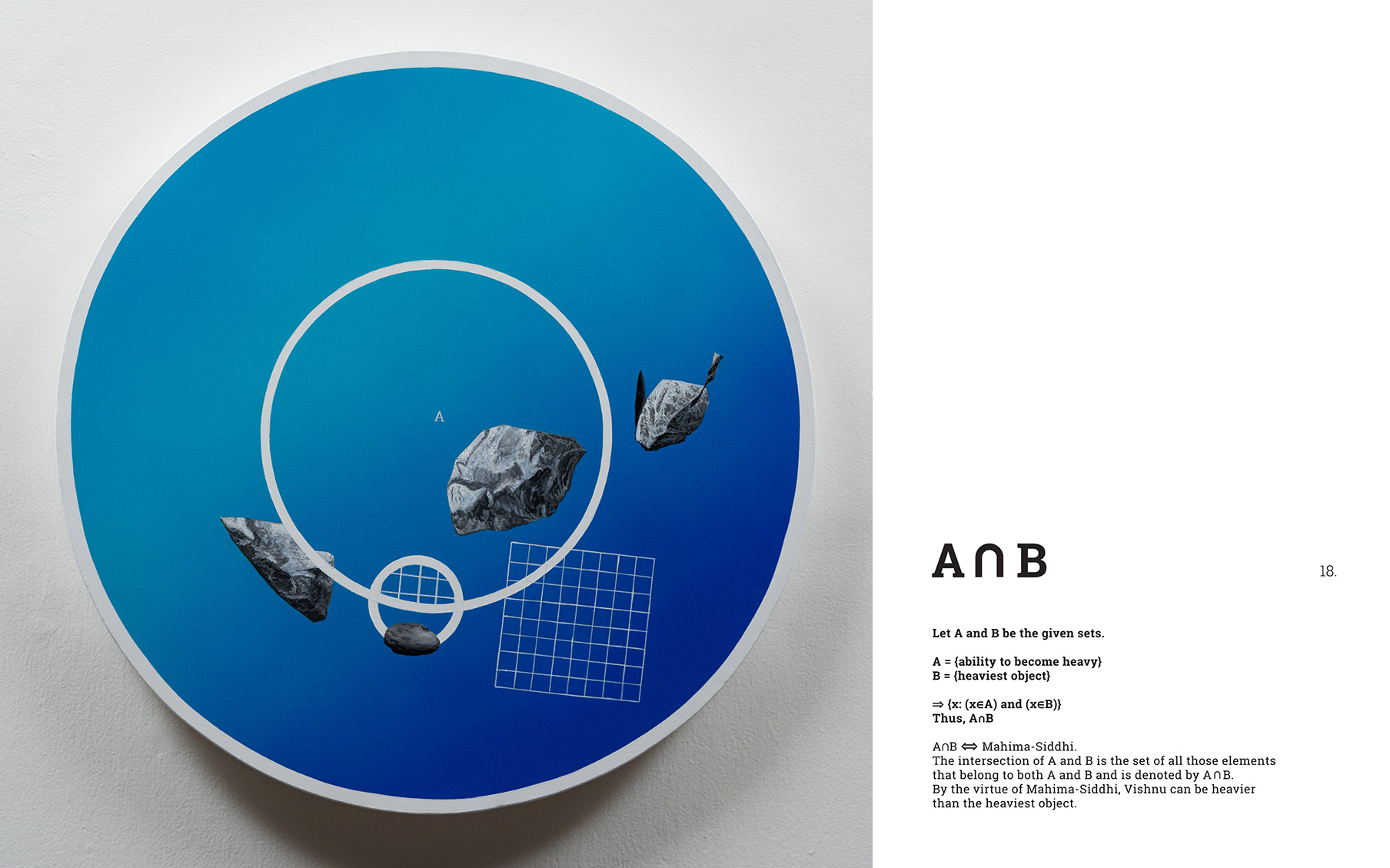 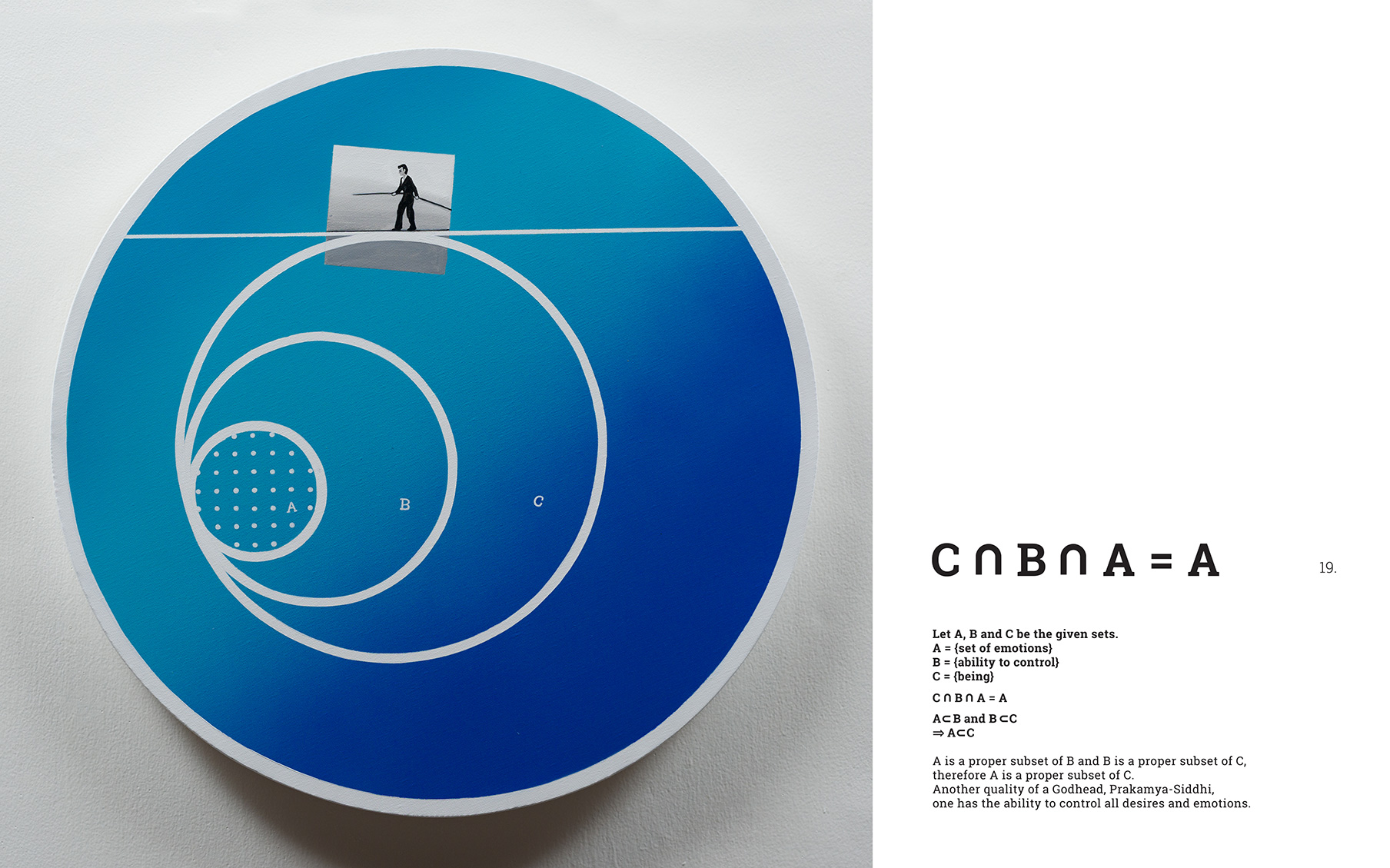 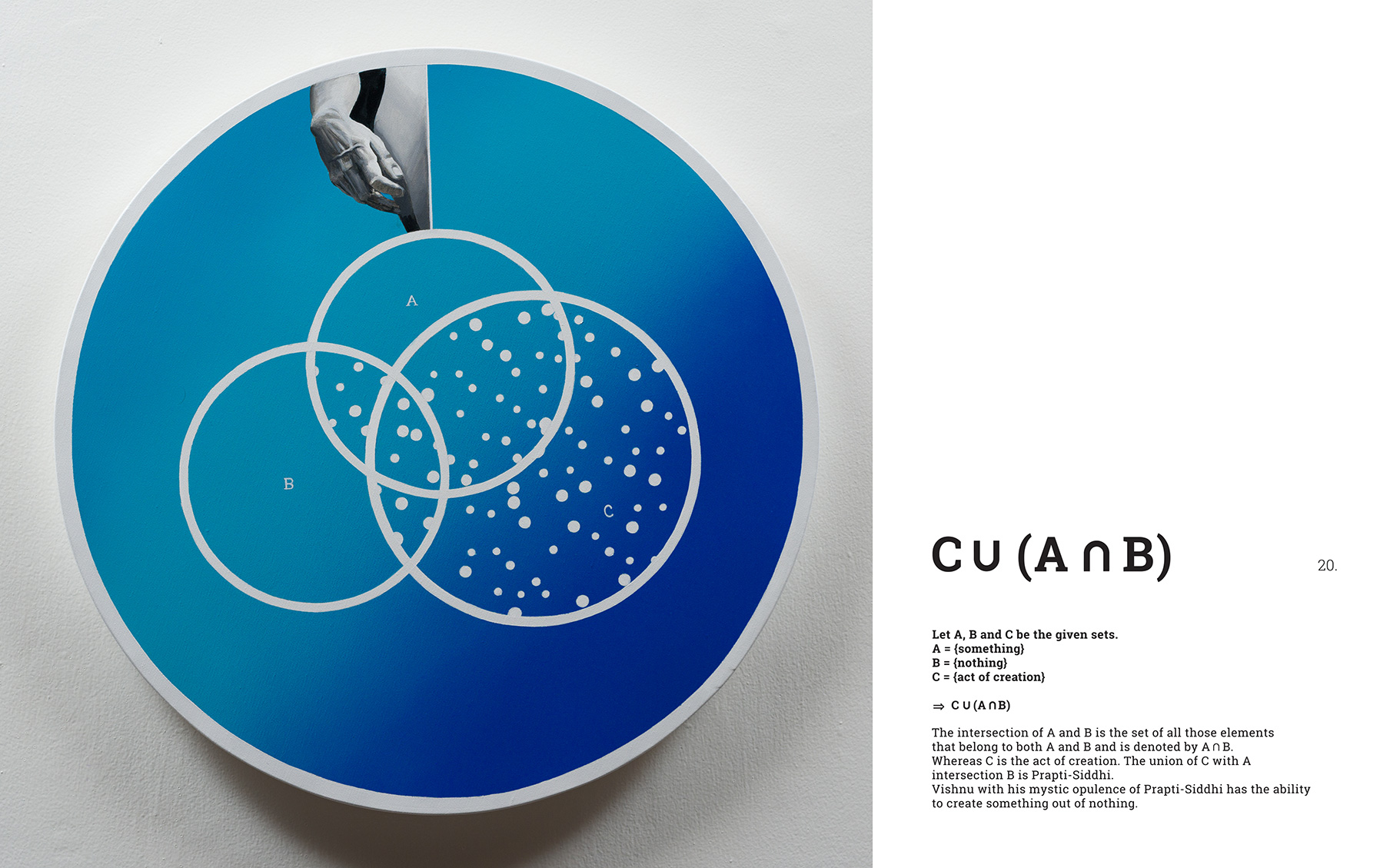 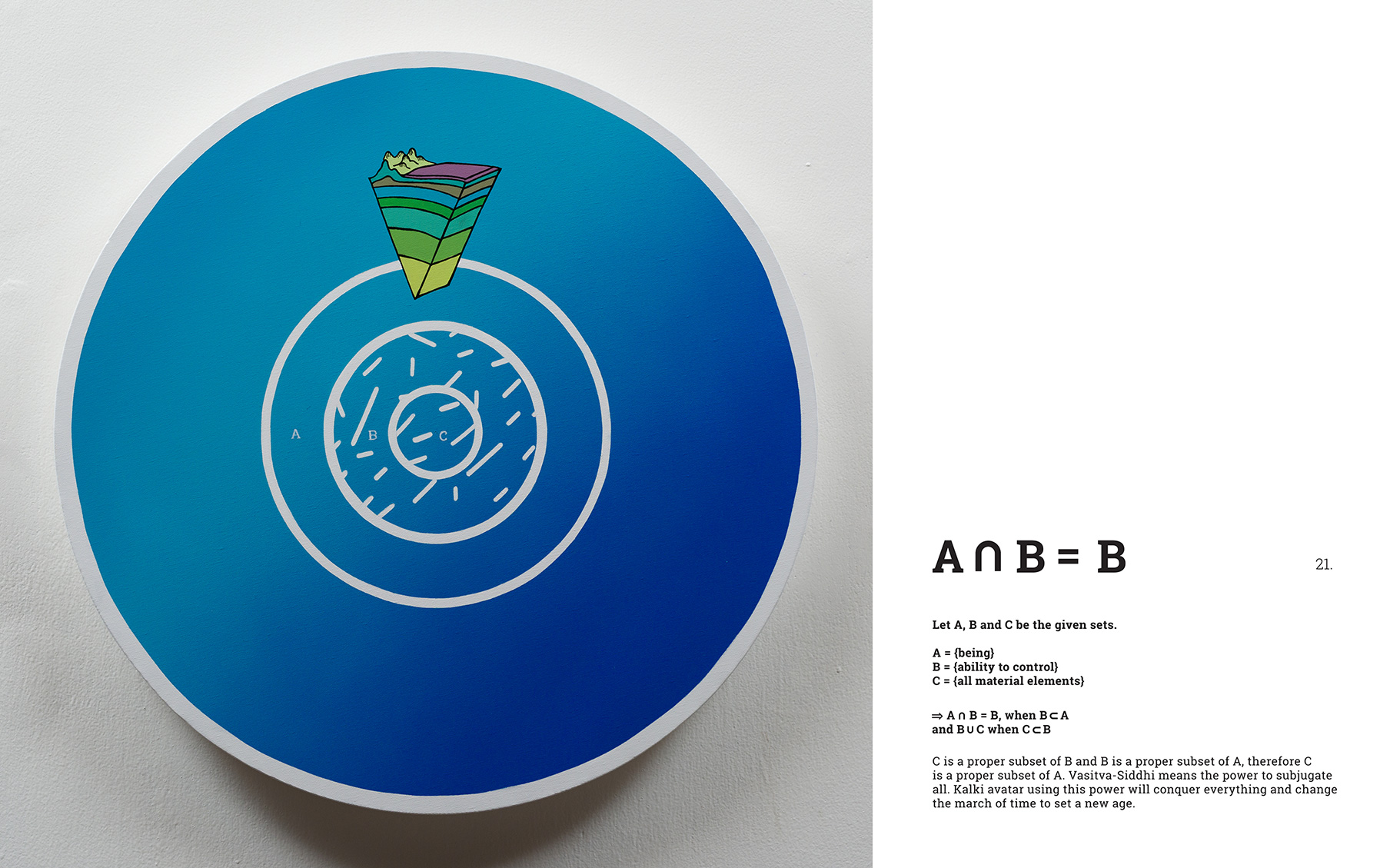 Set Point transcends the idea of Indian Mythology, rejuvenating narratives and symbols to give a fresh dimension to our traditional understanding of cultural matter. Reflecting the spherical form of the NGMA’s iconic dome, the works refers to the cyclical nature of time as perceived through myth. Maintaining Kalki as a central figure, the idea of Dharma is addressed through the vocabulary of Ping Pong.
The Dark Age is expressed vividly in time, space, awareness, perception, desire and action. It becomes important to attain harmonious balance among cosmic order due to the constant struggle between negative and positive forces. This metaphor of the ‘Dark Age’ is nothing but a way
of critiquing the condition we are currently living in.

The dome is a cosmos, and the viewer is on an ethereal journey through time. The enormity of the dome makes the viewer feel insignificant.

The net is a spurious construct of culture. The moiré patterns create illusions which are its conflicts, chaos and opportunities. The mesh
is a weaved culture of a society – the spaces between the weave indicate its fragmented nature and resultant instability.

The tracks are imagined as “march of time”. They are marked with dotted lines throughout the space, resembling a racing track or infinite concentric circles of a mathematical configuration.

A certain kind of ceremony prevails throughout the different works in the space. Rituals come with a set of instructions; sometimes they are set before you were born and had a chance to question them. The three aspects of the work: praying, playing a sport, or calculating a mathematical equation, are joined through the underlying narrative of ceremony and ritual.

Present Continuous
The film is an arbitrary shoot of day-to-day scenes in the city. In the center, the ping pong ball acts like a pendulum, balancing and dancing vertically. Played continuously in a loop, it blurs the notion of a clear start or stop point. As the ball continues to bounce, it mirrors the ticking of time or the beating of a heart. The practice, the very act of balancing your game, while we live the days, meandering through the mundane aspects of life.

Lullament
The kinetic work is based on a to and fro motion – a push and pull, which develops into a rhythm while the hum of the fans drones above. Therapeutic motion provides anxiety and pleasure; the humming sound can be imagined as a lament or a lullaby, which has a ‘restorative resounding’ property for the contained self. Lullabies typically soothe people through the awake/sleep transition and similarly can soothe people through the life/death transition. ‘Lullaments’ sustain the spirit, support psychological structure, and enable resilience during times of vulnerability to the effects of adversity. This continuous wave in time suspends this exercise in a limbo.

Mythological Induction
Mythological Induction depicts an interpretation of prophecies and characteristics of Kalki. The set of 21 paintings refer to 21 points of a game of Ping Pong. Using the Venn diagrams shows all possible logical relations between a finite collection of different sets.
The insertion of suggestive metaphors re-imagines the informational Venn diagrams, transforming the conservative form into a visceral viewing experience.

Blast into the sky of many directions
The Ping Pong table is imagined as an arena which stages a match in process. An ethereal beam of light shines down, a threshold which separates negative from positive. The humble legs of the table are caught in a fragile act, attempting to support the weight of the limitless cosmos. Hovering between the push and pull of the forces, the ball is an insignificant speck in the massive arena. Its journey is precarious –
at any moment it threatens to slip between the gaps in time and space.

Monuments of Time
The very character of a ball is like an unsettled being, unresting and ever moving and evolving. Each ball sits tightly with the other holding themselves through a belief. Forms which are made with familiar notions can be interpreted as social structures glued together with compassion and commitment. You may call them institutions, religious beliefs, families, clusters of thoughts, or merely sets of balls tastefully arranged. Binding the individual units mirrors the meditative action of counting prayer beads, with each ball or bead isolating a single moment in time.