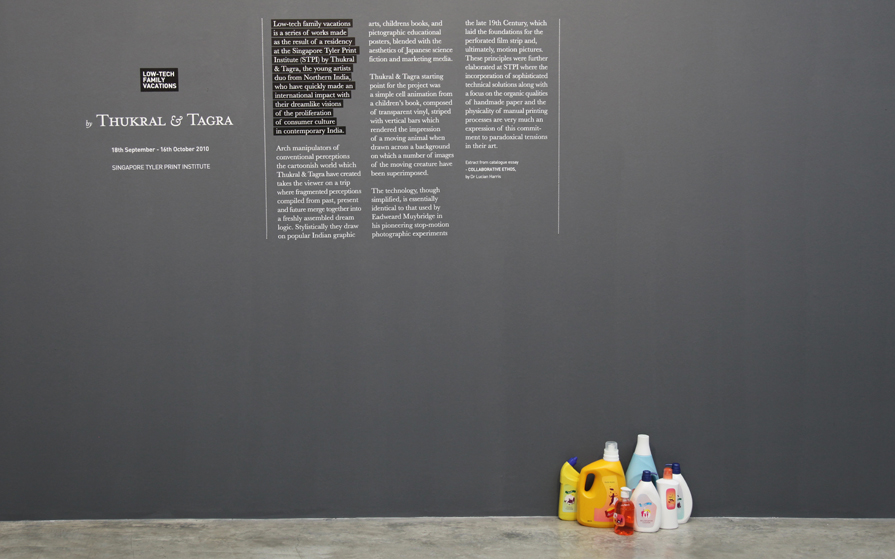 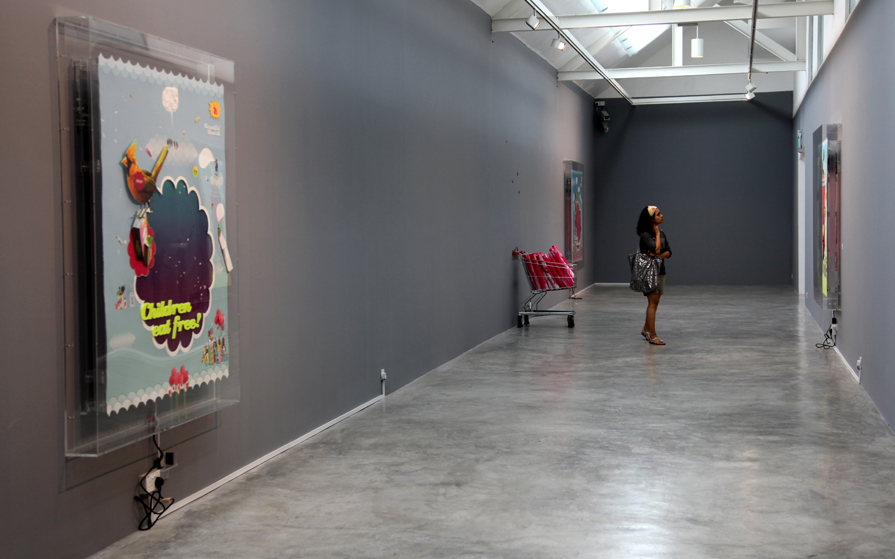 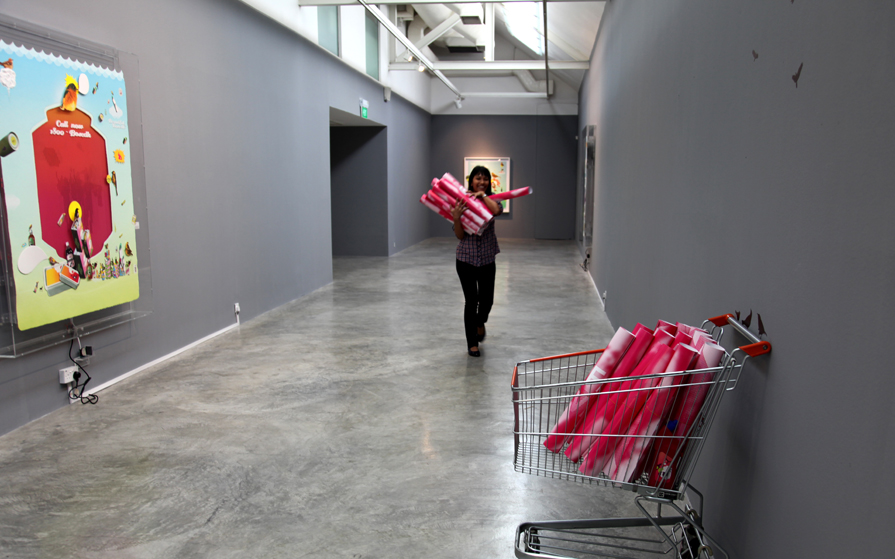 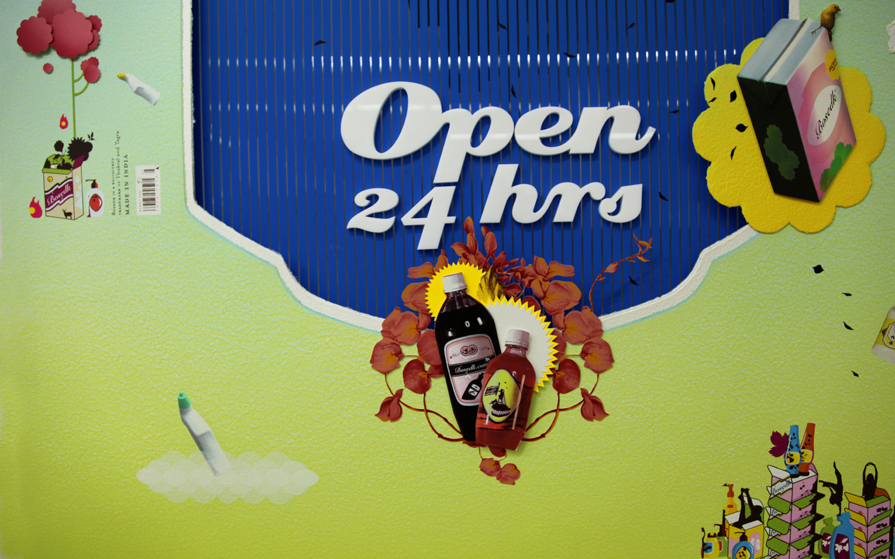 Based in New Delhi, artists Jiten Thukral and Sumir Tagra who work collaboratively under the alias Thukral & Tagra (T&T), bring a fresh wave of visual experimentation by fusing Indian, Japanese and Western pop icons into cheeky visual puns targeted at overblown contemporary lifestyles.  Cult design magazine Wallpaper named T&T among the top 101 emerging designers of the world, GQ magazine hailed them as style icons, who created an exclusive line of bags and clothing for Puma, Benetton and designed Pepsi cans.

“This collaboration marks a milestone in STPI’s papermaking history, this fascinating dichotomy of hand made paper and technology paths new artistic trajectories for the artists and STPI,” says Emi Eu, Director of STPI.

Jiten Thukral and Sumir Tagra adds, “We live in a time of ‘McDonaldisation’ and we are responsible for our children’s future that is explicitly ‘Disneyfied’, in most cases we act like we are motorised and novice, repeating the same actions everyday.”

T&T started their careers as graphic and product designers, their practice reflects the dynamism and ambition of India’s rapidly growing economy. “We are influenced by the global nature of aesthetics and its prevalent existence, thus we portray our fascinations through a distinctly Indian lens which results in a beautiful clash of sorts,” says the dynamic duo.