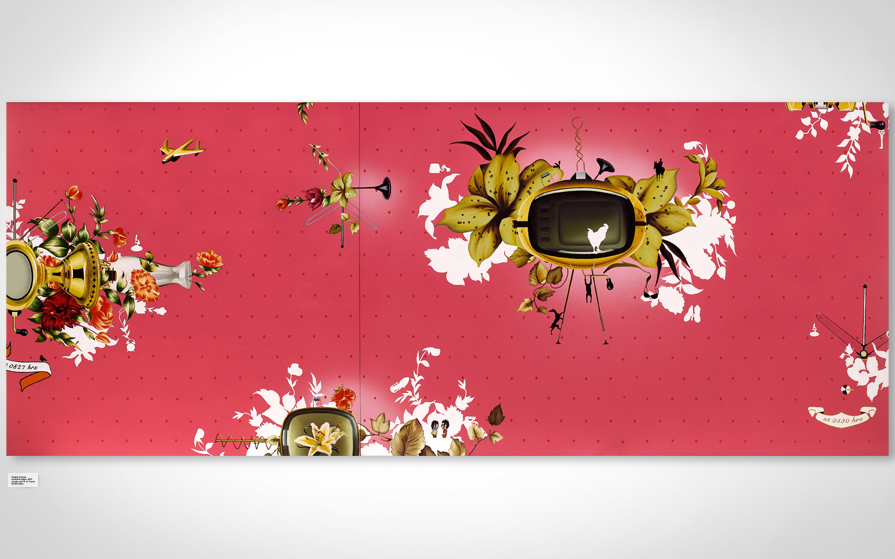 Victoria Lu- Creative Director, Museum of Contemporary Art, Shanghai & Shanghai eARTS Festival : I first suggested the concept of the ‘Neo-Aesthetics of Animamix (Animation+Comics)’ when MoCA Taipei was hosting Fiction.Love in 2004. Then I curated a new version of [email protected] for MoCA Shanghai in 2006. At that time I identified the four important characteristics of 21st Century Animamix: firstly, that the numerous diversified Animamix images in popular culture are based upon the worship of “youth” culture. Secondly that Animamix Art is full of unique and evolving narrative texts and images, which themselves are a visual language. Thirdly, Animamix is a product of electronic media featuring a spacious vision of colored light. Fourthly, because the formation of Animamix Art often involves a great amount of material, financial and human resources, cross-industry integration is a unique phenomenon of Animamix culture.

The popularization of Animamix Art has created an entirely new industry, which is prospering in many regions throughout Asia. The deep-rooted heterogeneity of form and ideas in Animamix Art can therefore be seen as a prototype, or  “originals” and the Animamix direction of the newest creation is quickly spreading throughout the world. In other words, Animamix Art has become one of the most important sources of inspiration for the global art scene of the new century.

The 1st Animamix Biennial at MoCA Shanghai demonstrates the strength of this new genre from fine art to popular art. The worship of “youth” culture travels at light speed via endless new products in the electronic and digital media including but not exclusive to the Internet, television, and mobile communication systems. The aesthetics of Animamix norms realized from modernity to post-modernity are based on visual languages or visual codes that have a possibility to last an eternity.

Animamix Art is not about Animation or comics itself it is an all-inclusive concept of the aesthetic choice of this new century.It is a kind of art beyond art, time beyond time, space beyond space, and life beyond life.\

Animamix Art is a brand of art that is recording our creations of third life in virtual realities and existing in the fourth dimension of all electronic and digital worlds.